At a time when women in India stayed under the veil, she not only completed her high-school education but also had two degrees to her credit. She was not only the face of State Congress in the Kingdom of Travancore but was also hailed as the ‘Jhansi Rani of Travancore‘ by Mahatma Gandhi. She was a braveheart leader who asked the British authorities to shoot her first instead of her people. Accamma Cherian was the freedom fighter from Kerala who led the freedom march from Kerala.

She worked as a teacher at St Mary’s English Medium School in Edakkara where she was promoted to the post of head mistress. 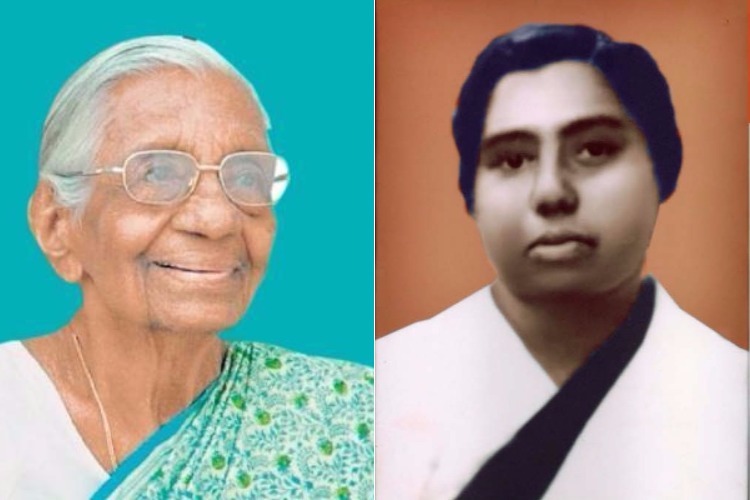 ‘Jhansi Rani of Travancore’
Accamma Cherian gave up teaching to join the fight for freedom in 1938. When the Dewan of Travancore CP Ramaswami Aiyar decided to suppress the agitation by the state Congress by declaring it illegal and permitting his officers to make arrests without warrants, the party decided to appoint ‘presidents’ to lead the new front.

Accamma Cherian led a mass rally from Thampanoor in Thiruvananthapuram to the royal palace on the day of birthday celebrations of the Maharaja Chithira Thirunal Balarama Varma to protest against the ban on the state Congress. When the British police chief ordered his men to fire on masses gathered outside the palace, Accamma Cherian’s brave words asking them ‘to shoot her first’ forced the British authorities to pull back.

When Mahatma Gandhi came to know about the incident, he hailed her as ‘The Jhansi Rani of Travancore‘.

Revolutionary activities
In October 1938, Accamma Cherian organised the Desasevika Sangh appealing to the women to join the freedom struggle. She was arrested on December 24, 1939, and imprisoned for a year, where she was insulted and mistreated by the jail authorities. Soon after her release, she became the acting president of the state Congress and welcomed the Quit India Resolution passed at the Bombay session of the Indian National Congress on August 8, 1942. She was arrested twice between 1946 and 1947 for violating ban orders and for protesting against the desire of the Dewan of Travancore for an independent state.