Padmaja Naidu was the daughter of legendary freedom fighter Sarojini Naidu. Apart from her role in freedom struggle, she was also famous for her inimitable sense of humour. Born to Govindarajulu Naidu, a physician and Sarojini Naidu in 1900, she went onto play a key role in the independence movement and became the governor of West Bengal in 1956. 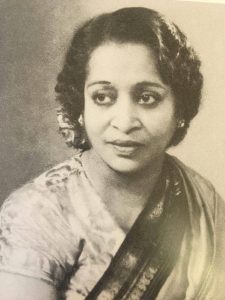 Like her mother, she also jumped into the Indian freedom movement. At a young age of 21, Padmaja joined the Indian National Congress in Hyderabad. She also propagated Gandhi’s message of using Khadi and inspired people to boycott foreign goods. She gained fame for her participation in Quit India Movement. During the struggle, she, along with likes of Pandit Narenderji, Harishchandra Heda, Gyankumari Heda, Vimalabai Melkote, G.S. Melkote and more, led the baton of struggle in Hyderabad. In a show of courage, she placed the Congress flag on Residency building for which she was later arrested and put in Jail.

Naidu is rumoured to have shared an intimate relationship with Jawaharlal Nehru, the first Prime Minister Of India. In the late 1930s, according to Indira: A Biography by Pupul Jay, when the author asked Nehru’s sister Vijayalakshmi Pandit, she revealed that they had lived together for many years. When queried further as to why Nehru did not marry Padmaja then, Pandit said, ” he felt that Indu(Indira Gandhi) had been hurt enough. He did not want to hurt her further”. According to Raj Secrets Revolution: A life of Subhas Chandra Bose by Mihir Bose, in April 1937, in the midst of Congress working committee session Nehru wrote to her: “You move me too much. The thought of you vitalises me”. In another letter written next month, he wrote to Padmaja,”I famish for news of you. How I long to hold you and to look into your eyes.” 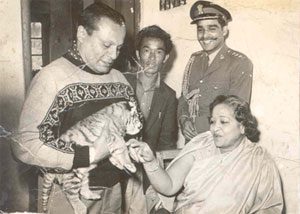 After independence, Miss Naidu was elected to the Parliament but she resigned from her membership on account of her ill health. On November 3, 1956, Naidu appointed Governor of West Bengal. She was later also associated with a lot of social welfare actvities. She played a key role as Chairman of the Indian Red Cross Society during the Bangladesh refugee operation. She was worked with Bharat Sevak Samaj, All India Handicrafts Board and Nehru Memorial Fund. Former PM Indira Gandhi had dedicated Zoological Park at Darjeeling in her name it is called Padmaja Naidu Himalayan Zoological Park. She breathed her last on May 2, 1975.

Note: As India celebrates 70 years of independence, we bring you stories of women who were part of the Indian Independence Struggle. You might have heard about some of them but most do not find a mention in our history books or popular memory. These were ordinary women from all walks of life who managed to make extraordinary contributions to the cause of freedom.
This series is our tribute to these women and their exemplary work. We bring you 70 stories of courage and valour over the next one week leading up to 15th August 2017. Write to us, if you have any names to add to this list. Email: inuthsocial@indianexpress.com