Maniben Patel was the daughter of the great Indian freedom father Sardar Vallabhbhai Patel. She inherited the patriotic fervour from her father, and like him, she is also remembered for her role in the independence movement. 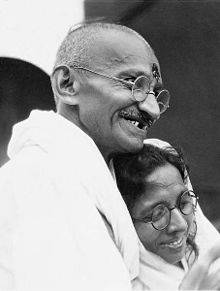 Born on April 3, 1903 at Karamsad in Gujarat, Maniben lost her mother when she was barely six years old. It was her uncle, Vithalbhai Patel, who took the responsibility of her upbringing. She received her early education from The Queen Mary High School in Bombay and graduated from Vidyapith, which started by Mahatma Gandhi, at Gujarat. She adopted the teachings of Mahatma Gandhi and in 1918 started working regularly at his ashram in Ahmedabad.

Under the stewardship of Mahatma Gandhi, Maniben actively participated in the Non-Cooperation Movement as well as the Salt Satyagraha. She was jailed several times for her role in the freedom movement. She was arrested during Quit India movement and was lodged in Pune’s Yerwada Jail from 1942 to 1945. Being a strict disciplinarian like her father and a true Gandhian, she used to begin her day in jail with prayers followed by spinning, reading, walking, washing mending and looking after the sick inmates. 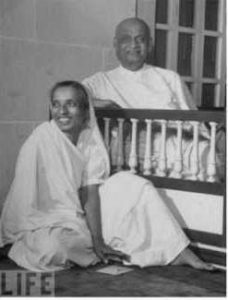 Maniben with her father Sardar Patel

In 1930s Maniben became her father’s aide. She took care of Patel’s appointments and managed his day to day affairs. She accompanied her father everywhere and knew his views on every subject he got involved in. Maniben took notes of all day to-day activities of her father in a diary.

Maniben Patel served her father closely until his death in 1950. Later, she was elected as a member of Indian National Congress led by Nehru in first Lok Sabha(1952–57) from South Kaira constituency and in the second Lok Sabha (1957–62) from Anand constituency. She was also Secretary (1953–56) and Vice President (1957–64) of Gujarat state Congress. She was elected to Rajya Sabha in 1964 and continued till 1970.

Maniben Patel was arrested in 1976 under D.I.R. for shouting slogans for the release of leaders and removal of the Emergency and Press censorship etc. She also undertook another Dandi March in 1976 for the purpose of creating consciousness and fearlessness among the people. 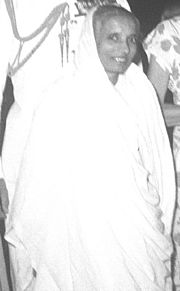 She worked with numerous charitable organizations including the Gujarat Vidyapith, Vallabh Vidyanagar, Bardoli Swaraj Ashram and for the Sardar Patel Memorial Trust prior to her death in 1990. She went on to author an account of the freedom struggle and on her father’s life in the years following Indian Independence.