Chandraprava Saikiani was a social reformer who worked tirelessly for the welfare of women in Assam. She was the single mother who broke traditions to fight for equality of the women in the society and founded The All Assam Pradeshik Mahila Samiti. She also actively participated in the Civil Disobedience Movement and authored social novels like Pitribhitha, Sipahi Bidrohat and Dillir Sinhasan.

Early Life
Chandraprava Saikiani was born on March 16, 1901, in a small village called Daisingari in Assam’s Kamrup district. Her father Ratiram Mazumdar was the village headman. As a kid, Chandraprava not only received an education but also taught other girls who lived in the surroundings. She was just 13 years old when she established a girls’ school, bringing girls under a thatched roof and teaching them whatever she had learned in the school herself.

During her days at a Mission school, she protested against the hostel authorities for discriminating between the Hindu and the Christian students. Her relentless efforts led to the induction of Hindu students in the girls’ hostel and became the harbinger of change in the society.  In 1918, Chandraprava attended a student’s convention–Asom Chhatra Sammelan– in Tezpur where she called for the ban on opium. She was only 17 at the time.

Life as a social reformer
Chandraprava was deeply affected by the impact of the caste system in the society. The teachings of medieval saint Srimanta Sankaradeva inspired her to fight for equality in the society. It was due to her tireless efforts that Hajo Hayagriv Madhav temple near Guwahati, that was initially restricted, opened to all including women. Her revolutionary zeal came into play during the Nagaon session of the Assam Sahitya Sabha in 1925, where she called upon the women attendees, who were seated behind a separate bamboo curtain, to break the barrier os separate seating. The barriers never came up again. 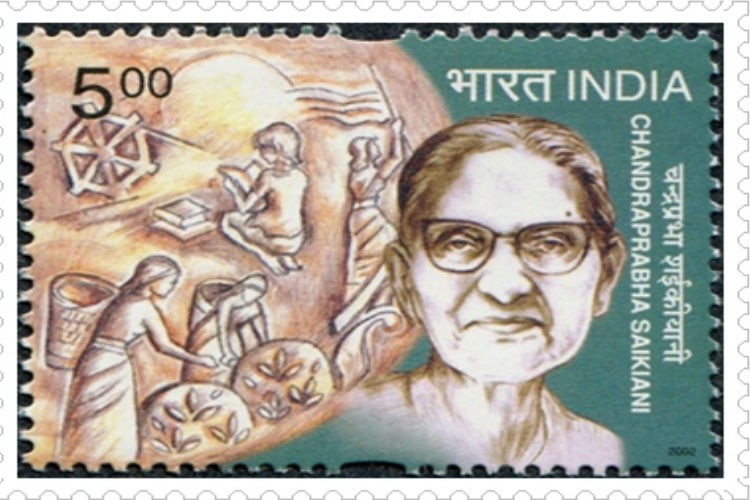 Chandraprava faced a lot of difficulties in her personal life. She was ostracized from the society for being an unwed mother. But this did not deter her and she kept on fighting for the welfare of the women in the society.

After leaving Tezpur, where she was working as a headmistress, Chandraprava joined a school at Kaljirapara. However, she had to resign in 1926 when she was not granted leave to attend Guwahati session of the Congress. She went on to establish Assam Pradeshik Mahila Samiti in 1926, which worked towards educating women and providing them means of self-employment and prevention of child marriage among other causes.

She was awarded Padma Shri in 1972. She took her last breathe on her 72nd birthday on March 16, 1972. In 2002, the Government of India honoured her by issuing a commemorative postage stamp under the social reformers series.