An Indian short film titled Penile Code, set against the backdrop of re-criminalisation of homosexuality in India, has been pulled down from YouTube citing a violation of sexual content policy. The 15-minute short film was screened at several film festivals across the world including the famed Cannes Film Festival. The incident has really irked filmmaker Sharat Chandra Bose, who now seeks to get his short back up on the video-sharing platform.

Recently, Bose (29) was notified by YouTube that his short film Penile Code, which has been on YouTube since January 2016, had been pulled down. “I got a mail from YouTube saying that it has been removed due to the nudity and sexual content code,” Bose told InUth. However, he claims that there is no nudity in the movie. “It’s related to sexuality but there’s no nudity,” he added.

A still from Penile Code

During the time when it was available on YouTube, the film attracted over 4 lakh views. A former journalist, Bose suspects that perhaps the issue lied with the theme of the film rather than its depiction of sexuality.

It’s about a lesbian couple living in an urban city. It’s about their relationship problems and the backdrop is the re-criminalisation of homosexuality and the emergence of (Narendra) Modi as the Prime Minister. That might have been the reason why they found it offensive.

While Bose realised that the subject was sensitive, he thinks there needs to be freedom of expression in cinema and censoring serves no purpose as it only attracts more attention and causes more people to watch it. “It will only get naughty.” 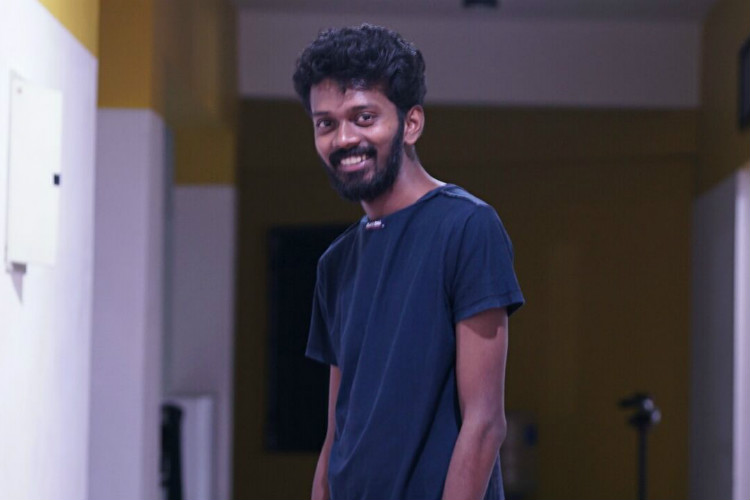 According to Bose, the removal of his film from YouTube is a “blatant violation of the freedom of cinematic expression.”

The incident has put Bose in a tough spot as now, he is having trouble sharing his content with film festivals that want to feature Penile Code, which is also his independent debut. Bose’s short had been selected by the ‘Dialogues: Calcutta International LGBT Film and Video Festival’ which is going to be held from November 23 to 27. However, he must now record his film on DVD and post it, which is not a financially or practically secure option. YouTube is the dominant platform for archiving. Bose has reached out to YouTube to file a complaint in an attempt to get the video back online.

Penile Code was made in 2014 and following its premiere at Kinofest International Digital Film Festival-2014, Romania, it has circled several international film festivals. At the YOUKI International Youth Media Festival-2014 in Austria, the film was even honoured with the ‘Innovative Film Award’.

Bose is currently busy working on his second short film titled Mundan (Tonsure), which is about a North Indian couple visiting Kerala for a vacation.