The family of inspector Subodh Singh, who lost his life in the recent Bulandshahr mob violence, met Uttar Pradesh chief minister Yogi Adityanath on Wednesday. Adityanath assured the family of the cop, who died in the episode, that they would get justice for Singh’s sacrifice. A picture of their meeting, which has now gone viral, is being widely criticised on social media with people pointing out how the chief minister couldn’t take out time to go and meet the martyr’s family, making the bereaved come all the way to him.

On Monday, Singh was trying to control the increasingly violent protests over alleged cow slaughter in the area, when things took a turn for the worse. Cow vigilantes had targeted a police station during the protests as they blamed the cops of inaction on cow slaughter.

The mob wounded five policemen and burned down a police station as well as torched several vehicles. Singh was also the investigating officer of the 2015 Akhlaq lynching case. Following the incident, two cases were filed – one for murder and the other on cow slaughter.

A total of 27 people have been named in the FIR, of which at least four are functionaries of right-wing outfits. Yogesh Raj, the district coordinator of Bajrang Dal is the prime accused in the mob violence. Raj had filed an FIR on cow slaughter after 25 carcasses were found by locals. He is currently untraceable. 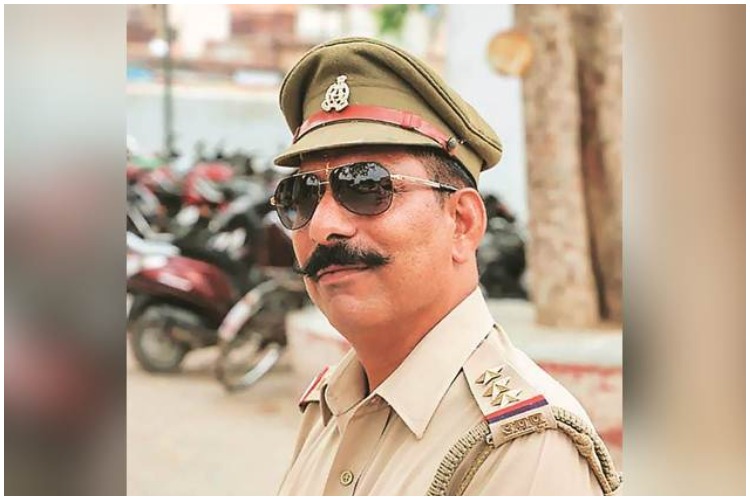 The chief minister had earlier announced Rs 40 lakh as compensation and said that a government job would be given to Singh’s family members. After news agency ANI tweeted the image on Wednesday, Twitter users have been calling out Yogi Adityanath for ‘being too arrogant’ by not going to meet the martyr’s family.

why can't he visit house of deceased? Such arrogance that deceased family has to come to his house? Despicable

Why this fellow has time to watch kabaddi and spend time in telangana making provocative statements and has no time to visit the martyrs family?Instead he summons them to Lucknow?Thoroughly incompetent and insensitive.

Wish he had gone & met the family.