In a one of its kind initiative, officials at the North Dinajpur district administration have decided to forego the use of their vehicles for one day each week.

The officials came up with the idea of observing “no vehicles day” per week, days after Bengal chief minister Mamata Banerjee’s call to cut down on luxury and judicious use of public money.

Speaking to Indian Express, North Dinajpur District Magistrate Arvind Kumar Meena, said they were inspired by the chief minister and her initiatives.

Meena said there was no pressure from the state government and they are doing it of their own accord. 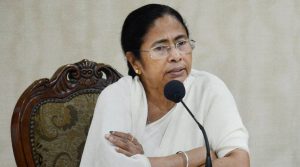 “This decision is entirely voluntary on our part and we have not been given any directive by the state government to do so. We are doing our bit in the small way we can. There are around 25 vehicles in the DM office, which will stay in their garages for one day every week,” he added.

Following Mamata’s austerity drive, a set of dos and don’ts were issued to the state officials.

The measures range from banning flower bouquets and mementos (barring dignitaries from outside Bengal), meetings at private hotels, frequent installations of AC machines, beautification of offices and state government guest houses, curbs on tours, encouraging carpooling and so on.