In January this year, a former student of Asian College of Journalism (ACJ), Neerja Dasani wrote about her experience of sexual harassment from 2011 in The News Minute, following activist and lawyer Raya Sarkar’s contentious List of Sexual Harassers in Academia (LoSHA).

“One of the people on that list was a mentor of mine, someone I respected deeply until the day I came to acknowledge that he had once, at the time that I was working with him, sexually harassed me.” Without revealing the name of her harasser, Dasani detailed her plight when Sadanand Menon, an adjunct faculty member at ACJ, allegedly sexually abused her. “All sorts of thoughts raced through my head but all I could do in the moment was to awkwardly push him away, feeling more embarrassed for him that he should have done something so reprehensible. He was, after all, a father figure,” she wrote in the TNM article.

Dasani’s chilling account of the incident quickly gained traction, bearing in mind that the stakeholders in the alleged incident belong to one of the country’s most reputed journalism schools. As more allegations piled up against Menon, the question of safety of students at ACJ loomed large.

“The whole problem with this matter is now if any student comes to the university, they’re not going to feel safe in that environment,” says a student of ACJ (Batch of 2015-16), who chose to remain anonymous. “Students should feel safe in an educational space.” 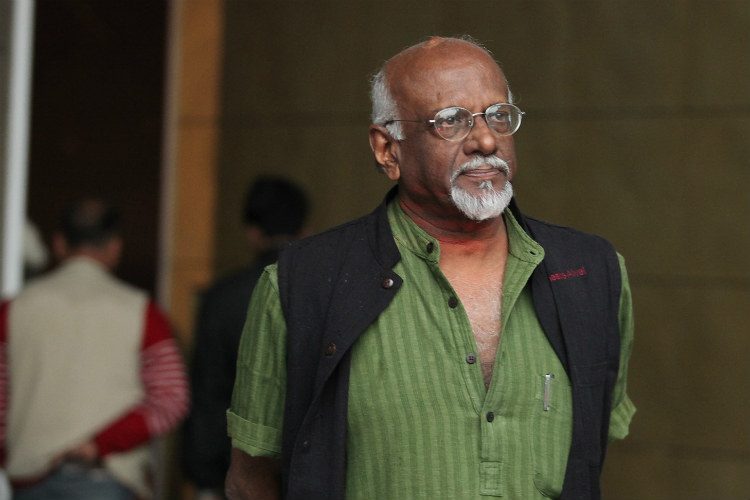 However, a “safe space” was perhaps too far-fetched for Dasani, who tried to file a formal complaint with ACJ’s Internal Complaints Committee (ICC), only to encounter a snag. The ICC responded to her complaint, reportedly a month after it was filed, saying that they had no jurisdiction to take action against Menon, as the alleged incident happened outside the campus and Dasani wasn’t an ACJ student at the time. As per Dasani’s complaint, she was working at Spaces — a cultural venue run by Menon, popular among ACJ students — when he allegedly sexually harassed her.

Following the refusal to register a complaint, a group of 30 activists, students and journalists filed a petition on Tuesday, urging a probe into the matter. The students of ACJ (Batch of 2017-18) also presented a separate list of demands on Wednesday, calling for a more proactive and sensitive approach to cases of sexual harassment.

The same day, ACJ released a statement after a meeting with the trustees and faculty, which sparked a fresh wave of outrage. Dismissing the allegations as “ill-informed and vague”, the statement read, “The ACJ wishes to make it clear that on matters such as this, when unproven allegations that are not within its jurisdiction to investigate or enquire into, are made involving its faculty, whether full-time or adjunct, staff, and students, it has to stand firm on the ground laid down in the law of the land. It cannot make any subjective judgments based on speculation or rumour.” 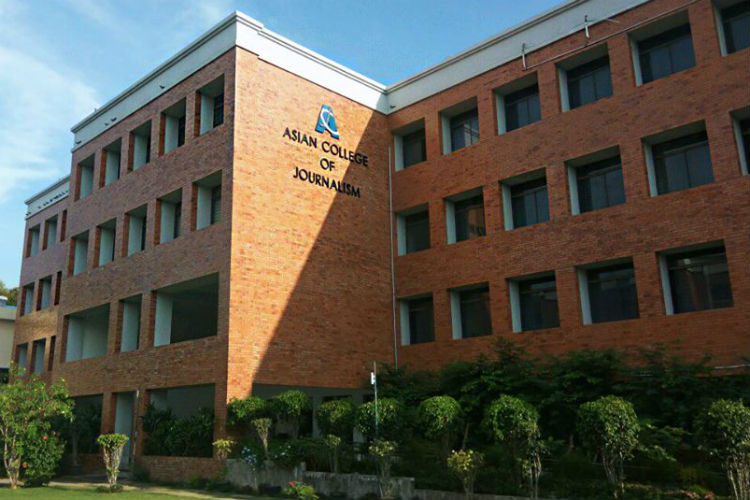 Irked by ACJ’s “extraordinarily insensitive” and “flippant” statement, journalist and writer Arnav Das Sharma, who is a former ACJ student (Batch of 2010-2011), said, “The statement writes that it’s the professor’s prerogative to not teach.” Sharma says that the college is yet to clarify on Menon’s involvement in the affairs of the institution, as apart from being a faculty member, he also sits on the interview panel during admissions of new students. “He’s involved in the institution in a far greater detail than what the statement talks about,” Sharma adds, “None of those things have been addressed.”

A student of ACJ (Batch of 2017-18), who wished to not be named, told InUth, “The college in their statement had said that Professor Menon would take legal action against the false allegations. By publishing that sentence, it sounds like they are saying that these allegations are false. I don’t know if they can pass that judgement without an enquiry.”

To add to the students’ vexation, ACJ Chairman Sashi Kumar also harshly disregarded the allegations, claiming that the institution was being punished for being liberal. Kumar said, “I can’t help thinking if there are unknown forces behind this and unwittingly some people are playing into their hands.” 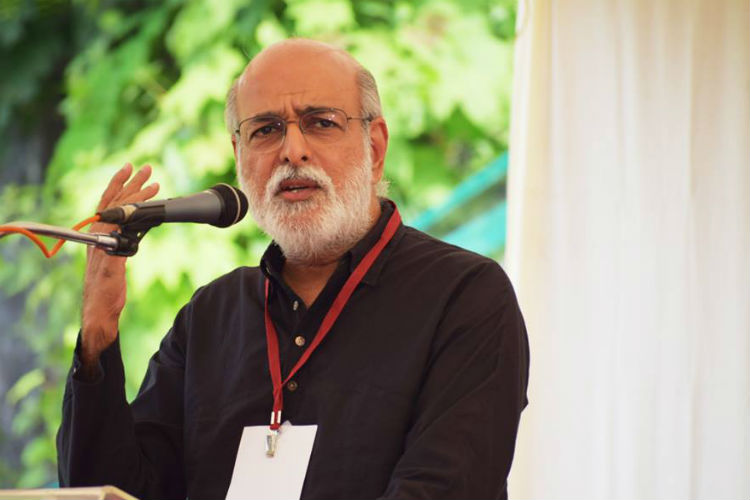 “I would like to know who these ‘unknown forces’ are,” said writer V Geetha, who was one of the people to file the petition on Tuesday, in reaction to Kumar’s statement. “Anyone who knows me—and I prepared that petition, basically—will not connect me with anything illiberal. Almost everybody on that statement, except for 6-7 people, is a student. So, I want to know why ACJ is breeding illiberal students, in that case.”

She added, “On a more serious note, I find it a little sad that they should be saying that, because it also means trivialising the power of illiberal opinion. Using it as a means to deflect any criticism—that’s not fair either.”

While external voices maintained a constant pressure at the institution, the 2017-18 batch of ACJ had been trying to persuade the administration to sincerely consider the allegations against Menon, while also seeking to update ACJ’s passive sexual harassment policy.

“We were not even told that there was a way to complain about sexual harassment,” said a student of ACJ (Batch of 2017-18), who requested to stay anonymous. “When we had our orientations, we talked about everything, including what the policy on plagiarism is, but sexual harassment was never brought up.” The student further talked about an ICC member who wasn’t aware of their position or responsibilities, adding that the committee had been dormant until recently. 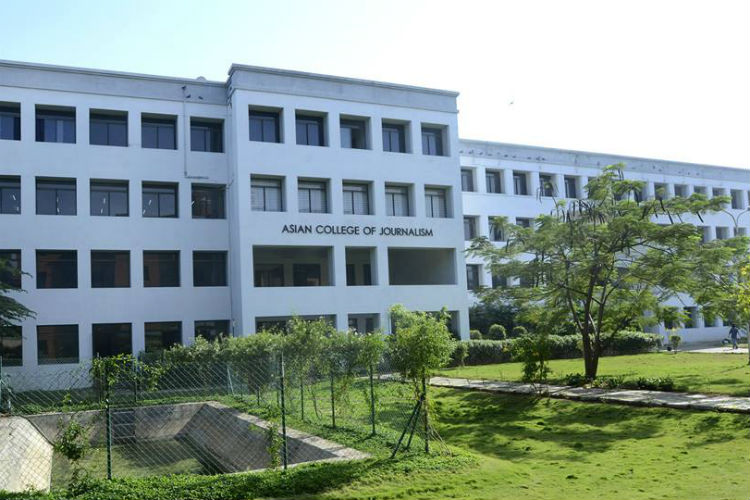 “They furnished the details only after we asked them to. There are now circulars around college, after our request,” she said. “An email address of the ICC was provided to the students, but when the students tested it, the email bounced.” However, Registrar Sudha Umapathy, who heads the ICC, clarified that that was a standalone incident and the hitch was fixed immediately.

Disturbed by the recent happenings, the student added, “I think it’s really bizarre. It takes a certain amount of gender insensitivity to basically brush aside all of these concerns about sexual harassment and pretend like it’s an agenda.”

What Should ACJ Have Done?

In his statement, the ACJ Chairman had remarked, “I can’t see how anybody can be asking us to do more than what we have done now,” to which, V Geetha has said that they “could have started a conversation, at least.”

“I think that the college should have the discretion to communicate to its students that they’re concerned about this complaint, even if they cannot do anything on a procedural basis. They could have done it in a hundred different ways,” she said. “There was no sense of wanting to talk about the case.”

As a former student, Sharma stated that the institution needs a “stringent policy against sexual harassment.” He said, “It’s high time that the college takes due cognisance of this, and at least, initiates a probe against the professor.” 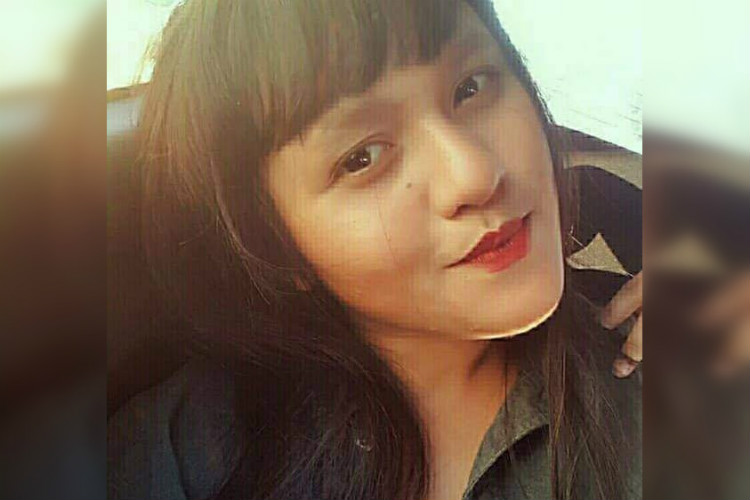 However, over six months after Menon’s mention in Raya Sarkar’s list, following which, a number of allegations of sexual misconduct had surfaced, there is no stern action from ACJ.

A student from the 2015-16 batch, on the condition of anonymity, said that the fact that a probe is yet to be initiated is “ridiculous”. She said, “I’m sure ACJ would do nothing if they weren’t made accountable for it,” adding that incidents like these only highlight the importance of Raya Sarkar’s list.

“In India, no university is dealing with this well, because we don’t hold institutions accountable for it. So, it’s not just a problem with ACJ. It’s a problem in academia itself,” she said. “Raya Sarkar’s list just brought more focus to it, but it’s always been an issue. And sadly, it will continue being an issue.”