President Ram Nath Kovind said that ‘Tipu Sultan died a heroic death fighting the British’ while speaking at the joint session of the Karnataka State legislature on October 25. The President’s statement comes as the ruling Congress party in Karnataka is at loggerheads with the BJP opposition over the state government’s plans to celebrate the birth anniversary of the former ruler of Mysore. Kovind’s remarks are in stark contrast to the stand of BJP’s state unit which believes that Tipu Sultan was a ‘religious bigot’.

So, who was Tipu Sultan?

Born in 1750, Tipu Sultan was the eldest son of Haider Ali, a soldier. He climbed the army ranks to become the king of Mysore. At the age of 16, he accompanied his father in the First Mysore War against the British in 1766. He also distinguished himself in the First Anglo-Maratha War of 1775. He ascended to the throne of Mysore when his father died in the Second Mysore War against the British in 1782.

Under Sultan’s kingship, Mysore sought alliances with the weakened Mughal empire in order to defeat the British and the Marathas. Tipu sent emissaries all over the Muslim world – from the Afghan Durrani Empire to Istanbul in the Ottoman Empire – in order to forge alliances, but wasn’t successful.

Under his and his father’s reign, Mysore army made critical innovations in the use of rockets which proved to be detrimental to the British in the third and fourth Anglo-Mysore War. The rockets had twin side sharpened blades mounted on them, and when fired at once, wreaked significant damage against a large army. In 1786, Tipu Sultan decided to build a navy consisting of 20 battleships of 72 cannons and 20 frigates of 62 cannons.

The Kingdom of Mysore was at the peak of its economic power under the reign of Tipu Sultan. Tipu embarked on an ambitious program of economic development with highly productive agricultural and textile manufacturing. Average per-capita income of Mysore’s citizens was five times higher than that of the Kingdom of Netherlands as well as the British empire at that time.

Alliance with the French

As Britain was the common enemy of both France and Mysore, Napolean sought to forge an alliance with Tipu Sultan after conquering Egypt. Napolean wanted to send French troops to the Indian mainland through Suez canal in order to defeat the British. The idea of a possible Tipu-Napoleon alliance alarmed the British Governor, General Sir Richard Wellesley that he immediately started preparations en masse for the final battle against Tipu Sultan.

How did he die?

In a short reign of 17 years (1782-1799), Tipu Sultan fought in four wars against the British and proved to be the most difficult belligerent for the East India Company. In 1799, the Company led by Arthur Wellesley marched into Mysore and besieged the capital of Srirangapatna in the Fourth Mysore War. The Company comprised of over 26,000 soldiers while the Nizam of Hyderabad as well as the State of Maratha provided an additional 24,000 soldiers. Tipu Sultan, on the other hand, had only about 30,000 soldiers. 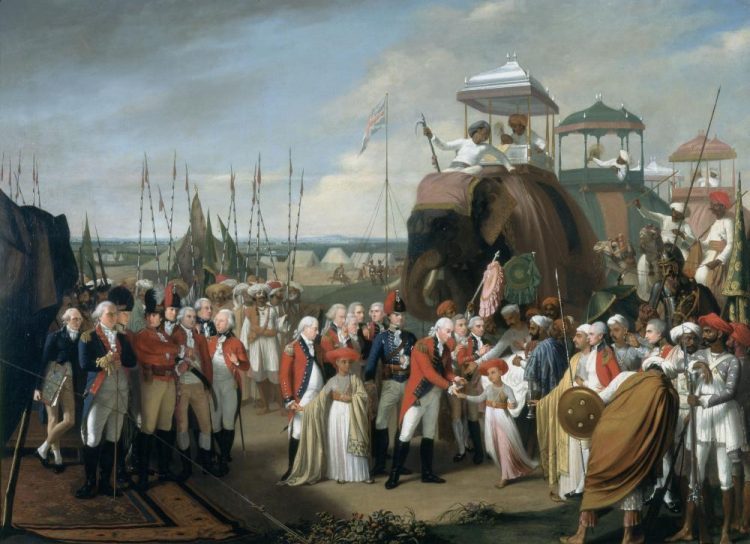 When the British broke through the city walls, the French military advised Tipu Sultan to escape through secret passageways. It was then that Tipu Sultan allegedly replied, ‘Better to live one day as a tiger than a thousand years as a sheep’. Thus, he is often referred to as the Tiger of Mysore. Sultan died on May 4, 1799, defending his capital.

Why is there a conflict between BJP and the Congress on Tipu Sultan?

BJP considers Tipu Sultan to be a fanatic leader who raided and destroyed temples as well as forced conversions of Hindus and Christians. Him being portrayed as a Muslim tyrant, however, is largely based on colonial British accounts which some historians deem to be unreliable.