When 29-year-old Dushyant Sharma had swiped through the profile of a woman on online dating app Tinder, he would have never imagined it would cost him his life.

The Jaipur based trader was allegedly killed by the girl who he thought was dating him. He was held captive by 27-year-old Priya Seth, her boyfriend Dikshant Kamra (20) and a friend Lakshya Walia (21) at a rented flat in Bajaj Nagar last week. Sharma’s body was found in a suitcase that was dumped at Kukas alongside the Jaipur-Delhi highway on May 3 night, Hindustan Times reported.

Sharma appears to have misrepresented his details on the dating app, the police said. His Tinder profile said his name was Vivan Kohli, a Delhi based crorepati however in reality, Sharma was a small-time middleman in the construction industry. 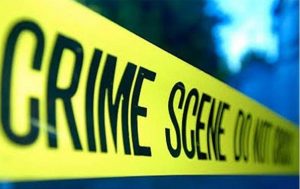 Picture for representational purposes only

Priya had been fooling around with Sharma for the past three months with an eye on his bank account. She was out on bail after being arrested for threatening to implicate a businessman in a false rape case in March 2018. Within 10 hours of the murder coming to light, Priya was detained by police.

At 9.30 pm on Wednesday, Sharma left his house in his father’s car and arrived at Priya’s flat in Bajaj Nagar Enclave. As soon as Sharma entered the flat, the trio, who were under the influence of cocaine, held him captive and slammed his face against the wall before tying him up with wire. They demanded he call his friends and arrange Rs 10 lakh, Times of India reported.

Even as a part of the ransom money was paid, Sharma was eliminated as the trio began to panic, realising that Sharma was a local and thought he might inform the police once he walked out of the flat. Dushyant was stabbed 11 times at his throat, bundled up in a suitcase trolley and left at a secluded place in Amer on May 3