Mita Santra answers the phone politely, but also makes it clear that she has no time for nonsense. “It would help if you frame your questions a little more clearly,” she says.

Two weeks ago, Mita, a resident of  Howrah in West Bengal, lost her husband in one of the most deadly terror attacks of recent times. Babloo Santra, her husband, was one of the 40 CRPF jawans who was killed at Pulwama in Jammu and Kashmir. As the country continues to mourn the death of its martyrs, this young war widow has another problem to deal with – facing trolling and cyberbullying. 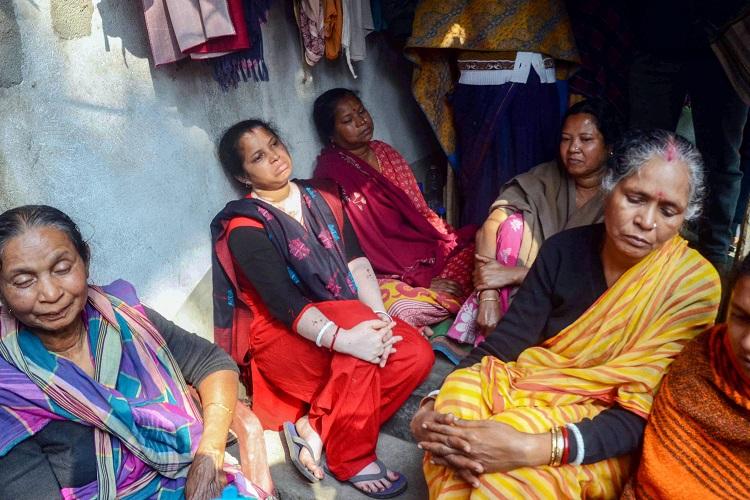 At her husband’s funeral in Howrah, the 32-year-old had said that war cannot be a solution for any problem.  “We do not want war. Many wives like me will lose their husbands. Many daughters like mine will lose their fathers. But I want those guilty to be punished,” she had said, reports The Indian Express.

Since then, she has been subjected to trolling and abuse for her stand against war. Many on social media slammed her anti-war stance and accused her of being a ‘coward’. Many also questioned her patriotism while justifying taking revenge from Pakistan. 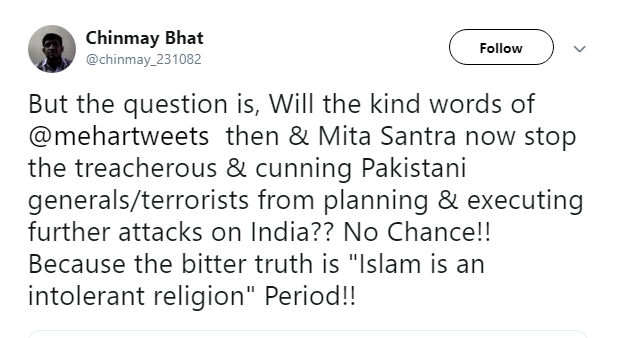 But even if the constant trolling has bothered her, she is not the one to lose her equanimity. “I am not in a mindset right now to react to trolling on social media. After my husband’s death, nothing affects me,” she says.

Mita, lives with her daughter and her mother-in-law in Bauria in Howrah. A school teacher by profession, she believes that wars can never bring a permanent solution to any issue. She feels that it not only affects the lives of individuals but also destroys the country’s economy. “I don’t see how my anti-war stand can be twisted into something else. I condemn any kind of terrorism. A terrorist attack took my husband’s life,” she says. 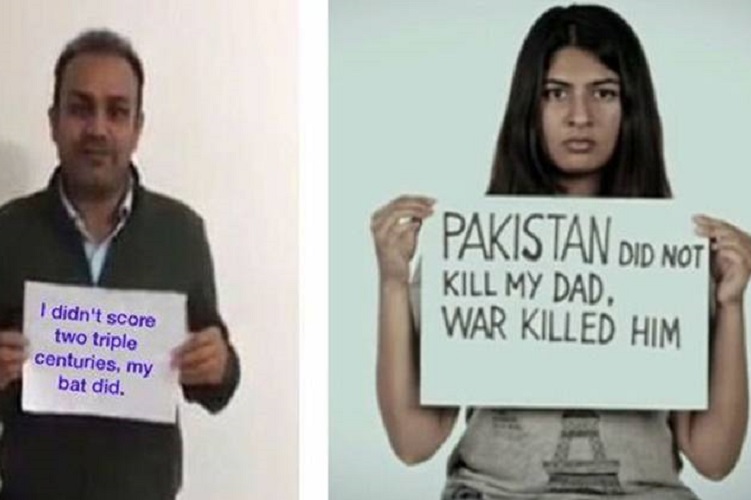 In 2017, Gurmehar Kaur, a Delhi University student, was subject to abuse and harassment on social media for her similar views against war. Kaur, daughter of Kargil martyr Captain Mandeep Singh, had said “Pakistan did not kill my father, war did” in a video. Even celebrated cricketer Virendra Sehwag also mocked her stand with a photo tweet.

But Mita has some pertinent questions.  “Why wasn’t the security of the CRPF jawans ensured? Wasn’t it an intelligence failure?,” she asks.

Any last word for the trolls? “Would you have said the same if you had lost someone from your family in a terror attack,”