In the aftermath of the clashes that broke out earlier this week during the Ram Navami celebrations, the situation in West Bengal continues to remain tense. As per latest reports, the clashes have left three people dead and many have been injured in different parts of the state. The affected areas include Kandi in Murshidabad, Purulia and Raniganj in West Burdwan.

On Tuesday, fresh violence was reported from Asansol in West Burdwan district where an alleged stone-pelting incident flared into a confrontation between two communities. The administration has now imposed section 144 in the area and Rapid Action Force (RAF) has been deployed. 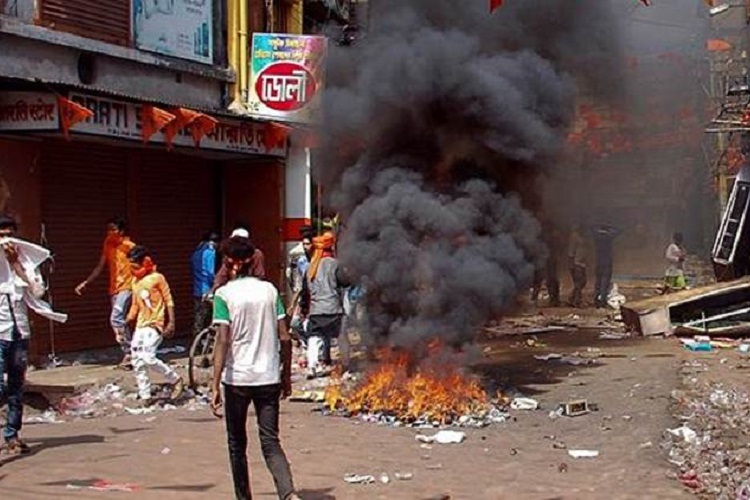 What are the clashes all about?

It all began on Sunday when Rama Navami processions were carried out in several parts of the state. In the rallies that were organised by Hindu outfits, supporters were seen carrying weapons such as tridents, thus posing a major law and order threat. There were reports of inter-community clashes as well as attacks on police personnel.

How did the celebration of a festival turn violent?

The basic bone of contention behind the clashes is between Hindu groups supported by BJP-RSS and Trinamool-led state government. The former alleges that Hindu festivals are being clamped down by the state while the latter maintains that Hindutwa groups are trying to communalise the atmosphere. 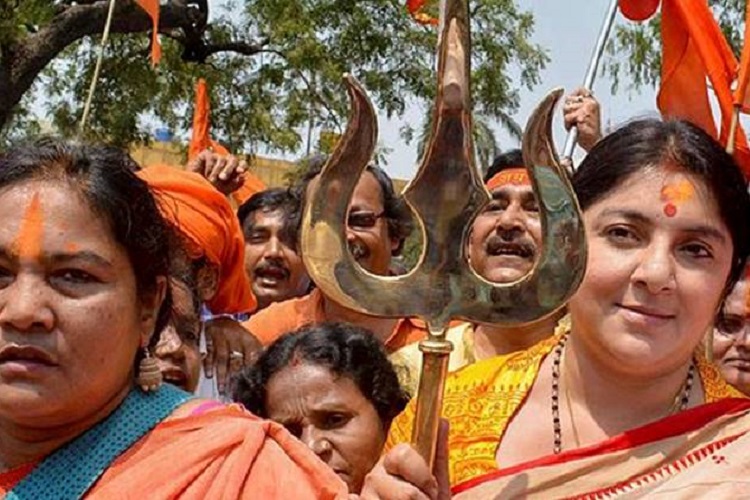 Ram Navami, which is considered to be the birthday of Hindu god Ram, is an important festival among Hindus, especially in north India. However, in Bengal, it doesn’t have much relevance. Tapati Guha Thakurta, a renowned historian told InUth that there is no strong iconography associated with Ram. “Bengal has traditionally worshipped symbols of Shakti, like Kali and Durga. Though Ramayana is an important part of our culture, it’s treated more as a story than a religious text,” he says.

Sibaji Pratim Basu is Professor and Head, Department of Political Science, Vidyasagar University, Midnapore, West Bengal writes in Indian Express that Lord Krishna was more popular than Lord Rama in Bengal because of the Vaishnavas of Bengal who worship Lord Krishna as a God of Love (prem) rather than the mentor of Arjuna in the battlefield of Kurukshetra. That’s the reason why Janmashtami is widely celebrated across the state.

But what’s wrong in celebrating a festival even if it isn’t popular?

The problem isn’t actually about the celebration of a festival. The problem is when it is being peddled with a propaganda which in this case is the assertion of Hindutwa. When a festival that has little cultural and historical significance, is organised with communal motives, a serious law and order threat looms in the state.

Riot in ASANSOL constituency of Union minister @SuPriyoBabul where some JIHADIS came &attack on the procession,even cops r not safe in mamta raj pic.twitter.com/M1pawotvkI

So it’s all about politics, isn’t it?

The RSS-BJP which never had any presence in the state is treating this as an opportunity to assert the Hindu identity in the state. Their idea is to create the narrative of ‘Hindus are being oppressed under TMC rule’. Babul Supriyo, BJP MP from Asansol has been actively tweeting against the ‘oppression by the state’. Mamata Bannerjee, who is often accused of indulging in minority appeasement, has always reacted strongly against their tactics.

Even with the Minority community goons burning down shops and assaulting people with swords in Ranigunj, what came out more horribly was WB Police’s inert and sluggish response to local residents’ complaints. The localites’ agony is captured in these videos. pic.twitter.com/nqvyrKxciw

How are the clashes different this year?

Last year, violent processions which were carried out in Kolkata under the supervision of BJP state chief Dilip Ghosh sparked enough controversy. However, the scale of violence this year has been massive with three deaths and several injuries. There have been many attacks on policemen including the one in which a Deputy Commissioner Arindam Dutta Chowdhury, got critically injured after a crude bomb was thrown at him.