Paintings at this year’s Chinar Youth Festival in Kashmir reflected the sombre mood of the youth in the Valley. One of the paintings read, ‘we don’t want bloodshed, we want freedom’, while another had ‘Beautiful Kashmir turns into battle field’ written on it.

The painting that asked for freedom showed the flags of Indian and Pakistan merging. The other which lamented over Kashmir being turned into a ‘battle field’ and showed greenery on one side and barren land on the other, PTI reported. 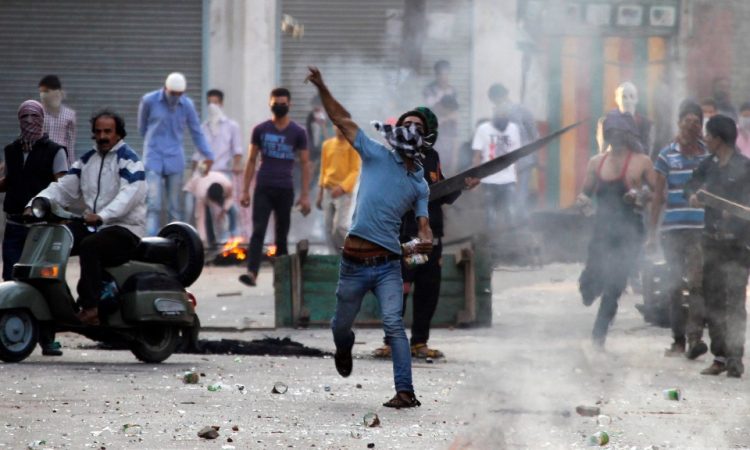 Another painting at the exhibition showed a ‘blood-soaked’ Kashmir with the words ‘stone pelting’ written over it. The painting event turned into a bit of an embarrassment for the Indian Army, who had hosted the event.

An army official said that there can be diverse views since hundreds of students take part in it. The event was hosted by Army’s 15 Corps at the Sher-i-Kashmir International Conference Centre.

Jammu and Kashmir Governor Satya Pal Malik was the chief guest at the event, which also witnessed other competitions like singing, instrumental recitals and cultural performances by students from schools across Kashmir.

“The Youth Festival is being conducted with an aim to inculcate the spirit of creativity amongst the Youth, [provide] Information on various careers, encourage participation in Sports and promote peace,” the army had said in a statement.