Prime Minister Narendra Modi is a popular man. Period. While it is safe to say that every individual in India know who Narendra Damodardas Modi is, it would be interesting to know if the foreigners actually know who Narendra Modi is. I mean he must be doing something right to secure the 9th position on the Forbes list of 74 of the World’s Most Powerful People.

Turns out, the Indian Prime Minister is not just popular in his own country but abroad too. Youtuber Rickshawali set out to question random people in Ibiza to ask if they knew who Narendra Modi was. And what they answer will amaze you.

While most of them instantly answered that he was the Indian prime minister, one of them actually confused him “Gandhi”. One thing that most of them said was that he was the most powerful person in the world. Not just that, one Trump hater even went on to say that Narendra Modi was so powerful that he could easily “punch” Trump and “free” America.

Also, someone thinks Modi is so powerful that he is capable of doing one-handed push ups. *A moment to imagine that please*

Looks like Prime Minister Narendra Modi has been successful in promoting the importance of Yoga not just back home but all around the world considering some people who featured in the video think Modi is the “Yoga Guy”. 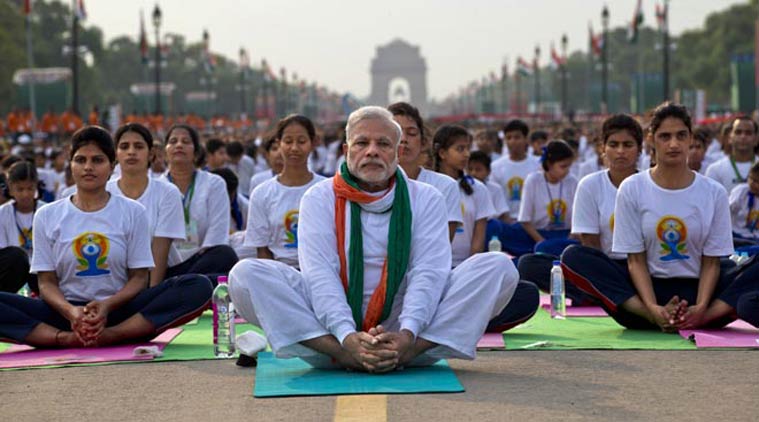 If that was not enough, you will be shocked to know, there are people abroad who are well-versed with BJP’s campaign slogan, “Ab ki baar Modi Sarkar” and “Har har Modi Ghar Ghar Modi”. You cannot afford to miss these priceless reactions.

We wonder what PM Narendra Modi has to say to this