Like for everyone who isn’t living under a rock, Tuesday was spent in gravely shaking the head, moaning, groaning and pontification over how India now enjoys the dubious distinction of being the most unsafe country for women among UN’s 193-member nations, based on a Thomson Reuters Foundation survey of 548 global experts. This brooding over the human condition soon gave way to clever, glib and pithy headlines, with the general agreed-upon sentiment being that India is ‘No country for women’ and ‘Finally India is number one at something’.

In the grand tradition of the great Indian political tamasha, the Maneka Gandhi-led Ministry of Women and Child Development, at first, declined to comment on the poll’s findings and, later, rejected it altogether because, according to them, the methodology was based on respondents’ perceptions, not data. The National Commission of Women (NCW) quickly followed suit, claiming that the sample size of respondents was too small and could not encapsulate the reality of a country of 1.3 billion people. 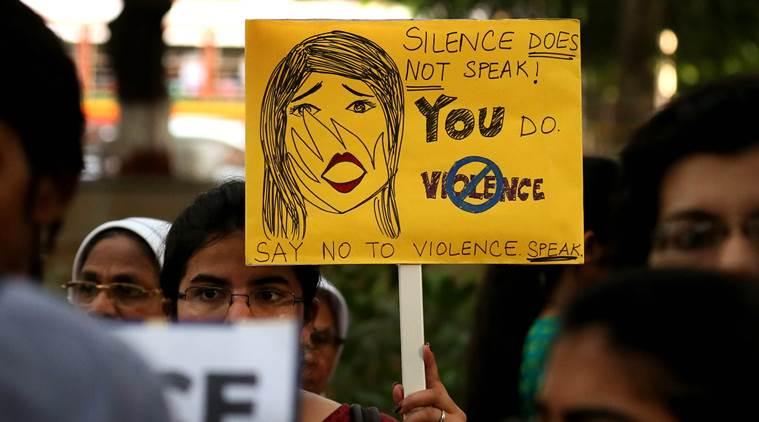 Clearly, data-wise, the findings of the survey are not as far off the mark as the government agencies meant to protect and uplift us would like us to believe.

But who are we kidding, none of us were really surprised, were we? Do we really need a poll or a survey to tell us that India is rapidly devolving into a fiery pit of hell for its women? We live in a country where members closely affiliated to the ruling party proudly rally around child rapists (Kathua case) and disrupt legal process with impunity because they are protected by the benevolence reserved for Hindu religious fanatics. We also live in a country where a rape victim and her family has to threaten to immolate themselves in public to get justice. And the crown jewel of this kingdom is a prime minister who takes months to (half-heartedly) condemn such stomach-curling violent crimes. 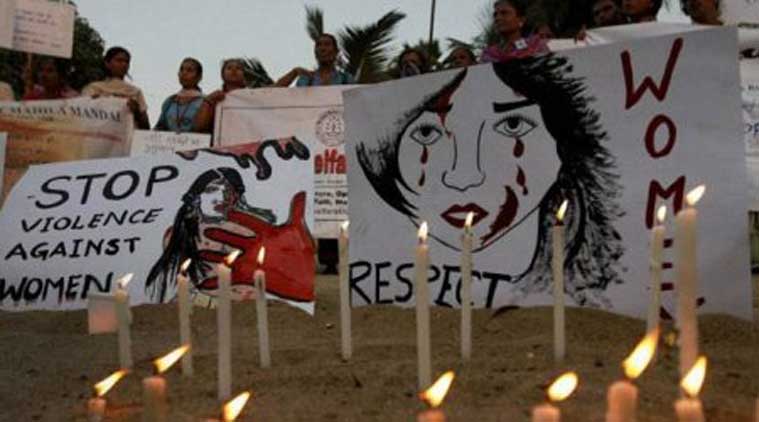 We live in a country where members closely affiliated to the ruling party proudly rally around child rapists and disrupt legal process with impunity. Credit: The Indian Express

In decrying the survey’s findings, NCW Chairperson Rekha Sharma unwittingly zeroed in on the real issue that has our panties in a twist. “There is no way we could be ranked number one in such a survey,” Ms Sharma said. “The countries that have been ranked after India have women who are not even allowed to speak in public.”

Basically, what’s really gotten under our skins is not how objectively poorly our country treats its women, but how we rank, subjectively, when compared to other countries. We don’t need a survey to tell us how increasingly difficult it has gotten to navigate daily life in a climate where crimes go unpunished and even applauded, and ministers routinely air sexist opinions, make uneducated comments and put forth unscientific theories for their equally uninformed and sexist followers to lap up — we already know all of that. And we’ve learned to fasten the blinkers and get on with life despite it all, because what other option do we have, really?

What’s rankling us, to some extent, and insulted the powers-that-be is the suggestion that we’re worse than Afghanistan, Syria, Somalia, Saudi Arabia, and, so many other countries we consider ourselves superior to. We’re not offended by the fact that the sex ratio in the country has been declining for many years now and World Bank projections suggest that it will continue to decline drastically until 2031 — from 939 in 2011 to 904 in 2021, and 898 in 2031. We’re pissed that someone has the temerity to suggest that, horror of horrors, even Pakistan is better than us when it comes to the safety of women, given that it is sixth on the list.

We’re not surprised, angry or upset, we’re indignant about this global unveiling of how bad things really are. What does that say about how little we’ve come to expect of our government? And how much we’ve come to accept our deep-seated antipathy as par for the course. 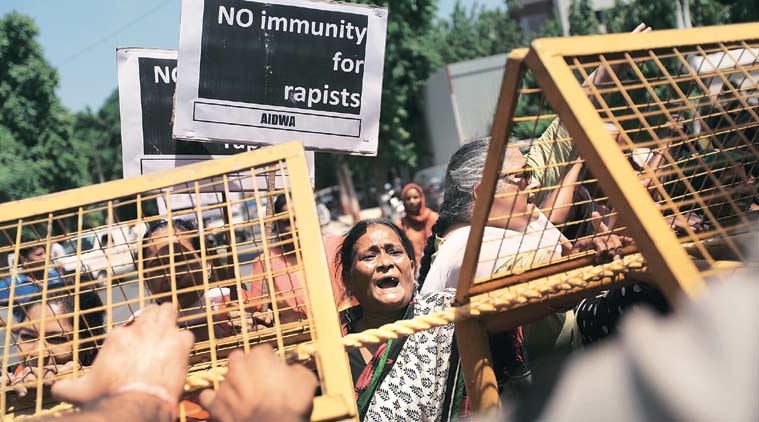 India’s sex ratio has been declining for years now and World Bank projections suggest that it will continue to decline drastically until 2031. Credit: The Indian Express

And even as we hastily scribble witty headlines and faintly amused social media updates about our global embarrassment, here’s a sobering thought. We, you and I, the privileged urban yuppies of India who get to write these shiny op-eds and bemoan the state of the nation while sipping spiced lattes and flat white cappuccinos at Starbucks are not the people that India is unsafe for. We don’t die due to lack of access to basic health care like Dalit and other lower caste women in India do. Thanks to discrimination and economic deprivation, they lag behind on almost every health parameter. According to 2018 data by the National Family Health Survey (NFHS), 70.4 per cent Dalit women said that they had problems accessing healthcare in the country. Given that total government spending on health in 2012 was a scarce 4.8 percent of the GDP, and that as of 2017, India had 0.6 doctors per 1000 patients, as per Medical Council of India data, it is no surprise then, that the average age of death for Dalit women is 39.5 years, compared to 54.1 years of upper caste women. To put that into perspective, the average age of death for Dalit women is significantly lower than that of Uganda with its lengthy civil war, and Botswana with 25 per cent of its population suffering from HIV/AIDS.

It’s not just healthcare, an analysis of 2007 rape statistics of Uttar Pradesh, India’s most populous state, by People’s Union of Civil Liberties, showed that a staggering 90 percent victims were Dalit women and over 85 per cent of them were underage girls. Most cases of caste-based violence are never reported, and among the few that are registered, conviction rates are notoriously low — according to 2012 data, more than half of all cases are closed even before they reach the courts.

So no, as much as people like you and me would like to claim the awfulness of our country as our cross to bear, it really isn’t, and it will never be in the way it is for the tens of millions of women who probably neither know nor care about embarrassing global surveys and international races of who is worse than whom.