It’s a name that often attracts attention when combined with Nehru’s. Even today when the statesmanship of Nehru and Patel feature in everyday political discourse, the diplomatic astuteness of Vijaya Lakshmi Pandit continues to be pushed to the background.

“If there is a great scarcity of literature concerning the heroes of India, there is even a greater paucity of information about the heroines of India. We do not worry about our women at all, ” Raj Kumar, Rameshwari Devi and Romila Pruthi write about the man-made world in their book Vijaya Lakshmi Pandit: Great Daughter of India.

Born as Swarup into one of India’s most influential families on August 18, 1900 in Allahabad, Vijaya Lakshmi, daughter of Motilal Nehru and sister of India’s first Prime Minister Jawaharlal Nehru, had an illustrious career spanning over decades. As an activist, minister, ambassador and diplomat she was among the few revolutionising the role of women in nation-building, often considered a male pursuit. Vijaya Lakshmi, the first woman cabinet minister in the British era, was one of the first leaders to call for an Indian constituent assembly to frame a Constitution. While tabling the Congress-backed resolution in 1937 in United Provinces Assembly,  she minced no words and called the 1935 Act “wholly unsatisfactory.” 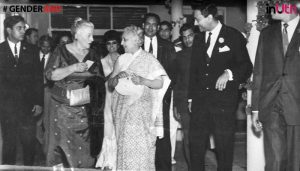 Nearly a decade later, Vijaya Lakshmi would become a member of the constituent assembly and address it for the only time on January 20, 1947. In her speech, she stressed on the responsibilities of a free India towards its citizens and other countries, mainly colonised, which would look up to a free country. “An Independent India would no doubt assume leadership not only of Asia but of the world, and so when we meet here in this Assembly to draw up the future Constitution of our country, we must not forget that it is not only to ourselves we owe a duty but also to the world which looks to us.” Shortly after representing the United Provinces at the assembly she resigned to fulfill her duties as India’s ambassador to Moscow. 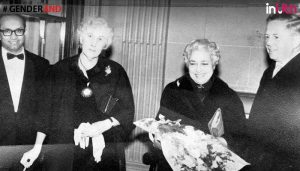 Inspired by Nehru and Mahatma Gandhi, Vijaya Lakshmi was a part of the freedom struggle and was imprisoned thrice by the British. Her first political stint was at the All India Women’s Conference (AIWC) in the 1930’s where she worked on bringing resolutions covering gender rights and challenging Hindu personal laws. But it was her work on the global stage as the voice of India, both pre and post Independence where she proved her mettle. In 1945, as India’s unofficial delegate attending the San Francisco Conference on Charter of the United Nations (1945) she boldly dismissed India’s representatives there as “British stooges” and presented the cause of India’s independence in front of international press. 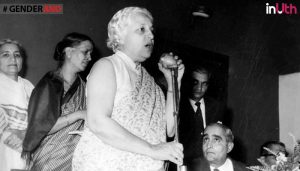 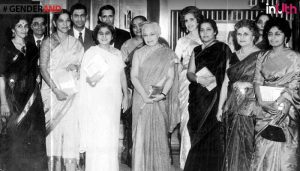 “I desire to make it clear,” she said during the conference, “that the so-called Indian representatives attending the Conference have not the slightest representative capacity, no sanction, no mandate from any of the responsible groups in India and are merely nominees of the British government. Anything they say here or any vote they cast can have no binding effect or force on the Indian people.”

She became the face of India in the global arena. In 1946, she was the only lady delegate at the United Nations Organisation Conference when she led India’s delegation. In 1953, she became the first woman to be the President of the UN General Assembly. 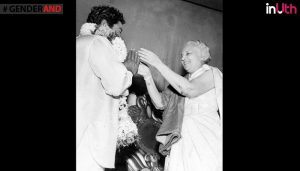 In Great Women of Modern India, Verinder Grover and Ranjana Arora note how Vijaya Lakshmi Pandit was a “woman intellectually superior to the bulk of Congress leaders who, nothwithstanding their small minds, pose as intellectual giants.” Vijaya Lakshmi understood the complexities of political life and carried a mix of confidence, tenacity and humility. There are numerous anecdotes from history where she has confessed to lacking clarity or being unsure of herself.

In her essay, “So I became a minister”, she writes about having an “exceedingly vague idea of the duties of a Minister” post her election as the Local Self-Governments and Health Minister of the United Provinces. 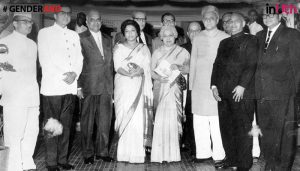 “On the 18th July, 1937, I entered my office-room in the Civil Secretariat for the first time. A young man presented himself and announced that he was my Personal Assistant. I wondered what that meant and decided to seek information later,” she wrote.

Revealing further, she said, “Somewhere way back in my genealogical line there must have existed an ancestor (or was it perhaps an ancestress!) who loved a fight, and this fighting blood has certainly been transmitted to me and rejoices whenever there is a chance to prove its mettle. So I became a minister.”

In her memoir, she writes about an incident when Jawaharlal Nehru (Bhai) said she would be India’s ambassador in Moscow. Vijaylakshmi wasn’t convinced at first, as she believed the job needed “special training” and it might be a mistake for her to take on a task when the eyes of the world were on newly independent India. On Nehru’s suggestion, she took her briefings from Sardar Patel. 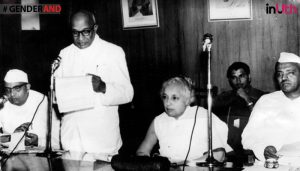 “I accompanied him (Patel) on his 5am walks for three days,” she wrote. “What I had wanted was instruction and information regarding government thinking on India’s overall approach to world problems as well as her specific approach to Moscow, in terms of politics. As in the earlier case when Bhai “briefed” us on the UN, Sardar Patel spoke of truth, adherence to values, friendship with all nations, avoidance of war.”

“But,” I said, “these are expressions of hope, Sardar, you are not outlining a policy. Surely we must have a positive and realistic policy.” With some trepidation, I reminded him that in the Artha Shastra, an ancient Indian thesis on the art of politics, one of the things Kautilya, the author, lays down as rules for the conduct of diplomacy is that diplomacy is not concerned with ideals but only with achieving practical results for the State. He also says that a militarily weak country should not get involved in the quarrels and alliances of stronger States. “There is no point in quoting Kautilya,” Sardar answered. “He was a learned man, but quite definitely an opportunist! One unchangeable aspect of our foreign policy will always be ideals, from this base it will evolve gradually and honorably.” I was in a highly unsatisfied mood when I left him, and more unsure of myself than ever. 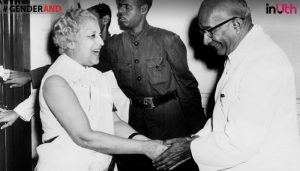 While many believe that having Nehru as her brother boosted Vijaya Lakshmi’s chances, she claimed it was the opposite. “My unreasoning love for my brother did me considerable harm in my political life,” she wrote in her memoir. She also recalls the warning by Sir Girja Shankar Bajpai that contrary to public perception, Nehru would “bend backward to do less for you than for his other ambassadors” so she must “shed her sensitivity”.

During the Emergency era, she was a fierce critic of her niece and former prime minister Indira Gandhi. “Indira made a travesty of democracy in India,” she wrote in her memoir adding that the 2 am arrest of Jayaprakash Narayan, Moraji Desai, and hundreds of others was “reminiscent of the midnight knock of 40 years ago in Hitler’s Germany.” 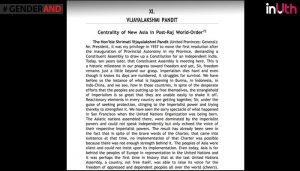 Throughout her career she opposed the segregation of genders and emphasised on the need to include both men and women in the process of nation-building. “It is not only the aspect of womanhood which concerns us today but that of manhood as well. The two are not separate as some people would have us believe and we cannot place them in different compartments and deal with them separately.”

#GenderAnd is dedicated to the coverage of Gender across intersections. This article first appeared on The Indian Express.