A bench comprising Justices Madan B Lokur and Deepak Gupta said it would be applicable pan-India and the states and Union Territories would be free to give compensation over and above what was stipulated in the scheme.

An Acid attack survivor with more than 50% injury can claim a compensation between Rs 5 and Rs 8 lakh.In case of disfigurement, victims can get Rs 7-8 lakh. 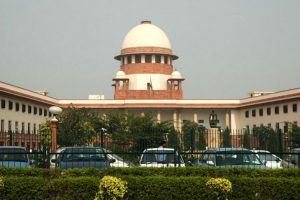 The scheme also provides for compensation amount in cases of acid attacks where the injury is less than 50% and 20% respectively, Hindustan Times reported

The survivors can now directly approach local authorities to seek compensation immediately after the incident.

The victim compensation rate in India is abysmally low, thanks to the lack of clarity over regulation in different states.

However, the latest directive from the apex court would end the vast disparity in victim compensation.