Madhya Pradesh Chief Minister Shivraj Singh Chouhan faced sharp criticism from tweeps after he claimed that Madhya Pradesh had better roads than the United States.  “When I got down at Washington Airport and travelled on roads, I felt roads in Madhya Pradesh are better than those in the US,” he said while addressing a US-India strategic partnership meeting in Washington.  He further claimed, “Today, we have constructed around 1.75 lakh kilometre roads in the state and all the villages have been well-connected with roads.”

Twiterrati, however, wasn’t impressed by these tall claims. It pulled out some old pictures of roads in Madhya Pradesh that Chouhan wouldn’t want the road authorities in the US to see. One of the pictures trolls shared and re-shared with their witty comments was a viral photo from 2016 in which security men are seen carrying Chouhan during his visit to flood-hit areas of Madhya Pradesh. 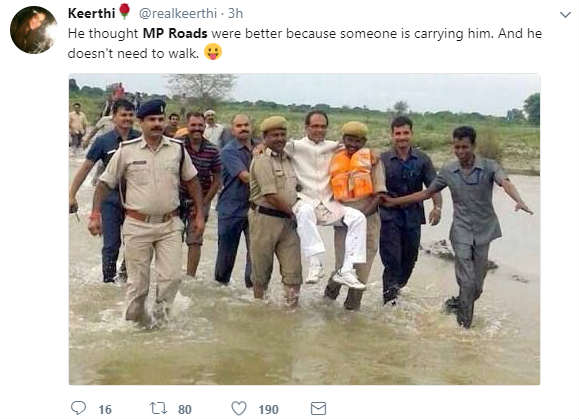 And then there were these creative ones.

Image Published By NASA 2 UNESCO Confirming Shivraj’s Statement After He Said Roads In MP Are Better Than Roads In US .. #VikasKaPagalMama pic.twitter.com/V7k0tneiwb

Music composer and former AAP member Vishal Dadlani had this to say:

Hey, people frm MP! Do you agree? Please do share pictures of these “better than USA” roads? Maharashtra needs your guidance, badly! https://t.co/XWHk1GNB4n

And then were some downright mean tweeps. Take a look. 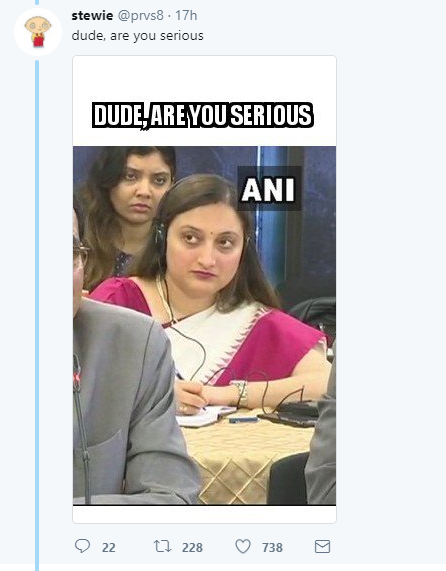 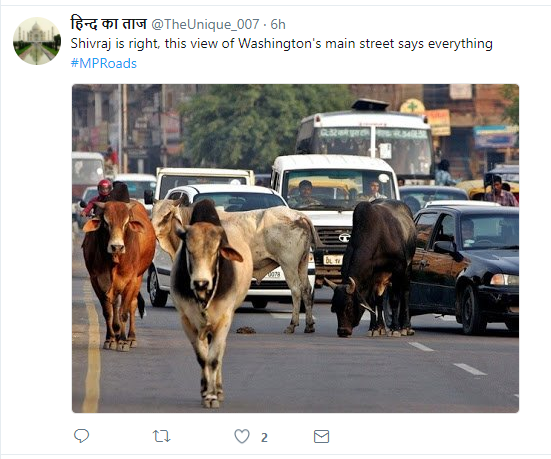 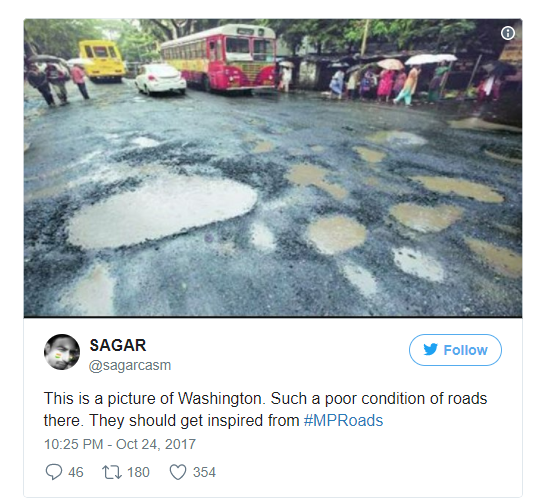 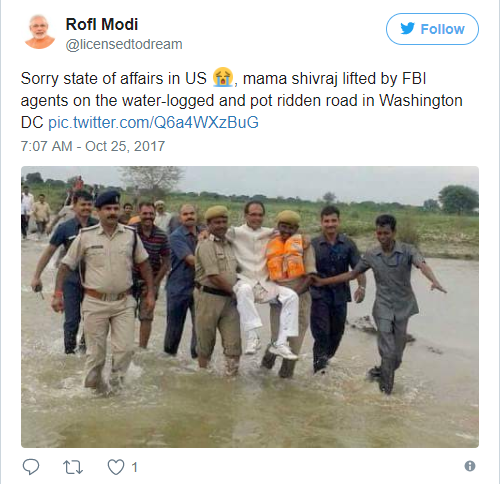 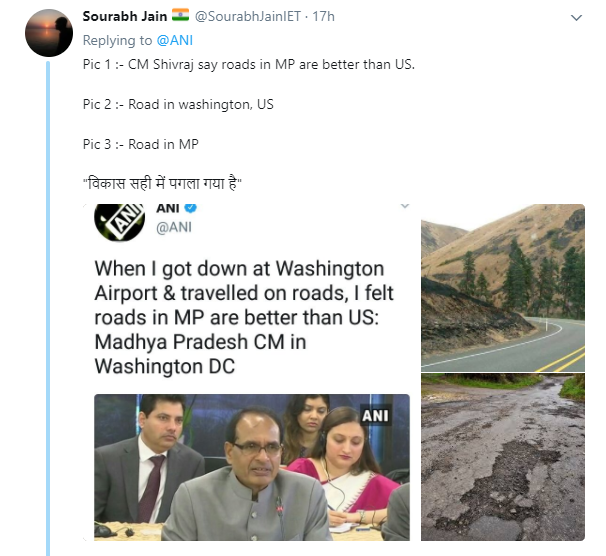 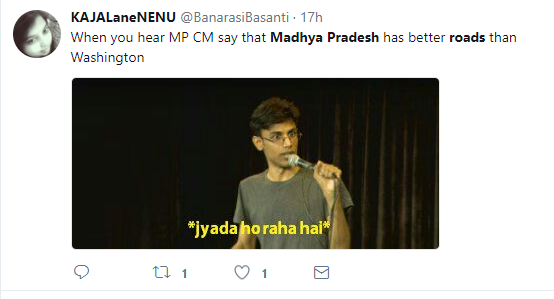 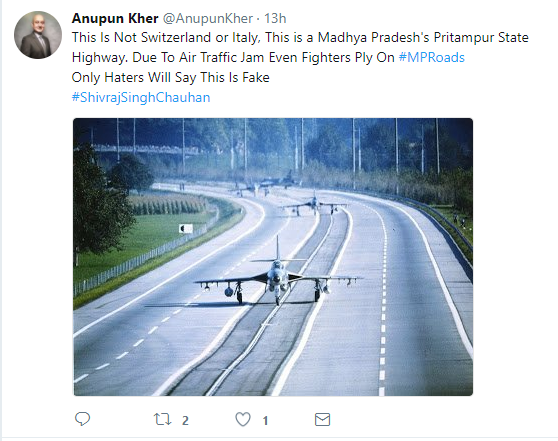 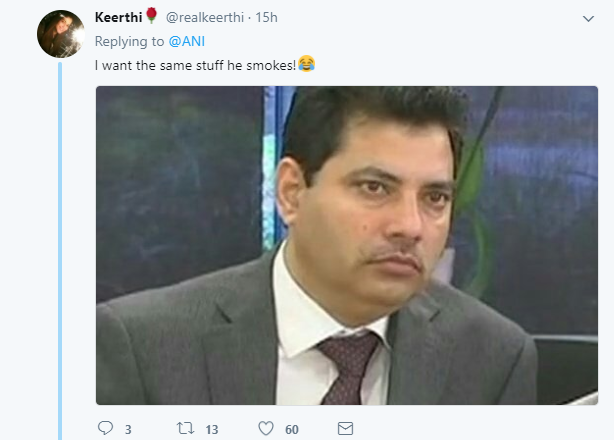 Chouhan is in Washington DC on a six-day visit to the US with the aim of attracting foreign investment in his home state of Madhya Pradesh.