While mid-day meals served to children in schools aim to improve their health, some places don’t keep hygiene in mind while serving them. At an anganwadi centre in Madhya Pradesh’s Karera, mid-day meals are reportedly being prepared in the toilet “due to lack of space”.

A staffer at the centre told IANS that they were compelled to cook in the toilet as cooking space was not designated to the staff at the rural childcare centre despite the problem of the lack of space being raised several times. The food is reportedly cooked regularly in the toilet and is then served to the children.

Priyanka Bunkar, Project Officer of Women and Child Development Department, reasoned that the construction of the toilet was not complete and was being used as a kitchen because of the water supply point. The state’s Women and Child Development Minister Imarti Devi argued that there is “nothing wrong” in cooking inside a toilet if a partition exists between the toilet seat and the stove. Devi told ANI,

“Utensils can be kept on the bathroom seat. We keep utensils in our houses also. The pot is unused and is filled with gravel.” 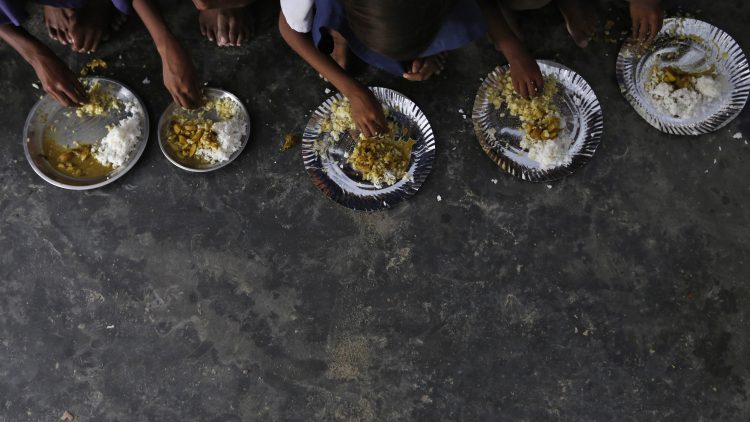 Launched in 1995, the Mid-day Meal Scheme aims to improve the nutrition of children in primary and upper-primary classes. However, the programme has courted many controversies of late.

Earlier this year, Akshay Patra Foundation refused to include onion and garlic in the mid-day meals they prepare for schools in Karnataka, causing nutritionists to worry. However, the National Institute of Nutrition in Hyderabad said that keeping onions and garlic out of the meals would not affect their nutritional value. In June, the Chhattisgarh government had decided to introduce eggs in order to make the meal protein-rich, however, this sparked protests from religious leaders.

According to the HRD Ministry, over 900 children were reported ill across the country after consuming mid-day meals since 2016. Though there were zero fatalities, the ministry received 35 complains from 15 States and Union Territories regarding the substandard quality of food being served. 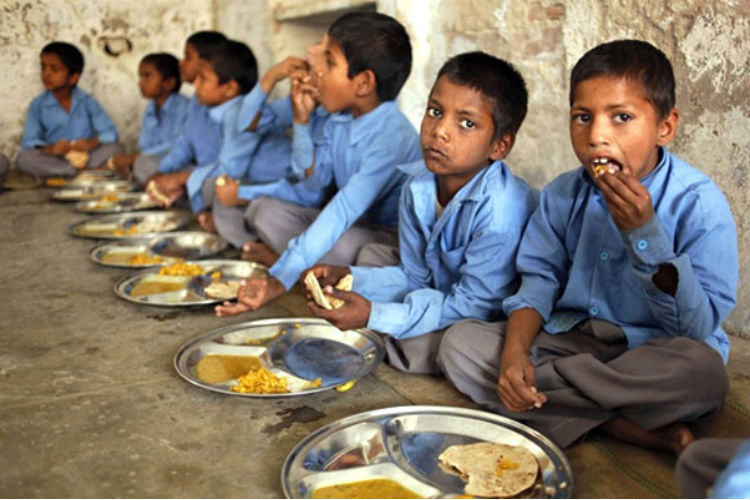 Why mid-day meals are important

According to the HRD Ministry, mid-day meals provide a minimum of 300 calories of energy and 8-12 grams of protein per day to children for around 200 days in a year. The researchers at Punjab Agricultural University say that the meals not only combat hunger, they also aid in better learning and improve the physical and psycho-social health of disadvantaged school children. The meals also have a positive impact on the enrollment, attendance and retention of children by improving their supplementary nutrition.