As a unique gesture, a bride and bridegroom at their wedding last week in Bihar’s Saran decided to distribute helmets as gifts to guests. Sweety, the bride, is a graduate of Jai Prakash University and educates people on the hazards of driving without seat-belts and helmets.

The idea of giving helmets came to Sweety, who is from Chhapra, after her maternal aunt passed away in a road accident a couple of weeks prior to her wedding. She had not been wearing a helmet while travelling on a bike. 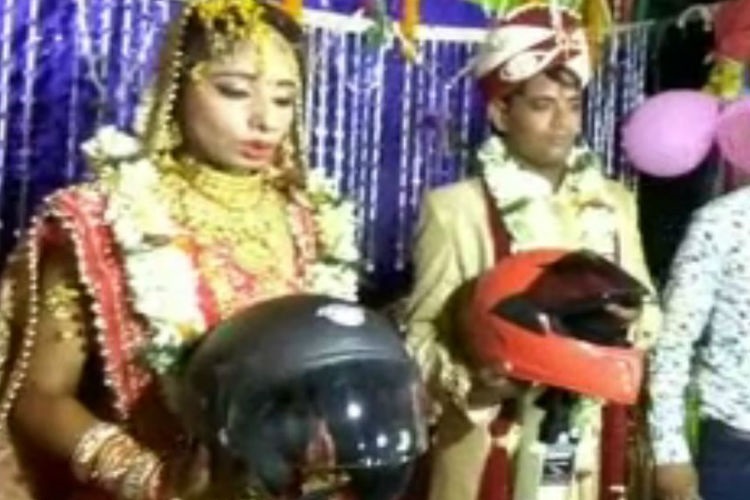 “I distributed around two dozens helmets among the baraatis with a request to everyone to abide by the traffic rules, use seat-belt (for four-wheelers) and helmets (for two-wheelers) and follow driving norms be it on the highway or the mohalla (colony) roads”

This is not the first time helmets have played the central role in a wedding. Last year, Nashik City Police gifted helmets instead of bouquets to a couple on their wedding reception to spread the awareness on the use of helmets.

According to Indian Road Safety Campaign, 17 people die every hour on Indian roads. Over 50 lakh people were either seriously injured in a road accident or were left disabled in the past decade, while damages cost to around Rs 4.07 lakh crores annually.