In an effort to bridge the widening gap between organ donors and recipients, the Union Health Ministry has sent recommendations to Maharashtra state public health department suggesting cash rewards for donors and the hospital where the vitals are retrieved, Pune Mirror reported.

As per the recommendation, the donor’s family will be given a cash prize of Rs 1 lakh to Rs 5 lakh for a period of five years while a reward of Rs 50, 000 for the hospital. Additionally, the ministry also suggested that the health department should also give free immunosuppressants (drugs which lower the body’s ability to reject a transplanted organ) to the recipients who have to take this drug for a long time.

Speaking to Pune Mirror, Dr Sanjeev Kamble, Director, Health Services said the Union health ministry has issued certain guidelines about the changes to be made in the organ donation programme. The aim behind this is to boost organ donation so that people come forward. The state has to appoint a committee, which will submit the proposal to the government about the recommendations. 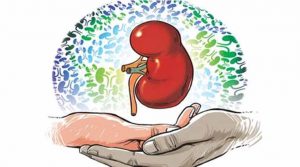 “They have also sent suggestions for the infrastructure and equipment required to facilitate the organ donation programme. The new technological upgrade will help increase the success rate of organ donation,” he added.

Nationally, with a population of 1.2 billion people, the statistic stands at 0.08 persons as organ donors per million population (PMP). This is an incredibly small and insignificant number compared to the statistics around the world, a Times of India report said.

In countries like USA, UK Germany, Netherlands, there is a family consent system where people sign up as donors, and their family’s consent is required. These countries have seen the donations double Per Million Population averaging between 10-30 PMP.

Road accidents are resulting in at least one person suffering brain death in every four minutes in the country. Harvesting of their organs like heart and liver could save at least 50 % of the end-stage heart and kidney disease patients besides giving a new lease of life to several other patients looking for organ donors, according to a report in The Hindu.