In recent years, the worsening air quality in the national capital has been one of the major concern with health experts even declaring the city as “unliveable” especially in winter season.

Even as the national capital was choking with pollution, the Narendra Modi government has bought as many as 140 air purifiers for the Prime Minister’s Office as well as six other government agencies, according to the unpublished government data accessed by News agency Reuters.

The government spent 3.6 million rupees, or about $55,000, to buy air purifiers for PM Modi’s offices and at least six government departments between 2014 and 2017, the news agency reported citing the data.

The purchases came as PM Modi drew flak for not taking effective steps to improve the worsening air quality of Delhi. 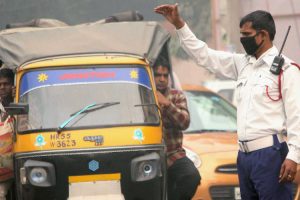 Last year, all schools in the city were closed for at least five days after pollution levels shoot up in winter season.

A federal body that manages more than 45 government schools in the capital said it had made no purchases of air purifiers and had no plans to do so.

Last year, Delhi chief minister Arvind Kejriwal likened the air pollution in the city with a that of a “gas chamber” as levels of airborne PM 2.5, tiny particulate matter that can reach deep into the lungs, far exceeded levels classified as “hazardous.”

A British medical journal, The Lancet, has estimated air pollution was responsible for almost 10 percent of the total disease burden in India in 2016.