The latest Bureau of Police Research and Development (BPRD) report reveals that women account for only 3.23% of Telangana’s police department. The data also reveals that the state has only 1 policewoman for every 11,672 women — which is approximately three times the national average.

Telangana has 18 women IPS officers and 36 traffic policewomen despite Telangana having 33% reservation in the department. There are reportedly only two women working with counterinsurgency and extremist operations, 6 in special branch dealing with intelligence and over 40 under CID.

Increase in the strength of women personnel

The annual Data on Police Organisations (DoPO) revealed that there has been a nearly 21% increase in the strength of women personnel in various state police forces between 2017 and 2018. India now has a total of 8.73% women cops in various police forces, with the figure having risen by almost 53% in the last 5 years.

A total of 1.69 lakh women personnel are employed in civil police, district armed reserve and armed reserve forces all over the country. Out of them, 16% are deployed in Maharashtra which has the most women in its police force. 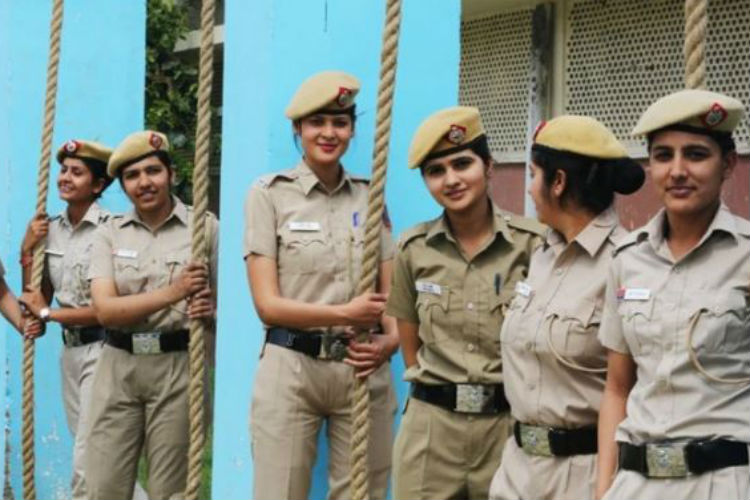 According to a statement released by the Union Home Ministry,

“There has been 20.95 per cent increase in the strength of woman police which pushed up the total number of women personnel in the State Police Forces to 1,69,550. It brings the total percentage of women in the Indian Police to 8.73 per cent.”

The strength of women personnel is expected to increase as earlier this year, the Indian Army’s Corps of Military Police issued a call for women to be permanently recruited in the armed forces. The recruits will be appointed to investigate cases of rape, molestation and theft, assist military operations and crowd control of women and children refugees among others.

The report comes in the wake of allegations of sexual abuse levelled by a former deputy commander of Indo-Tibet Border Police. The former commander also alleged that female paramilitary personnel regularly face sexual violence on the front lines.

According to ‘Status of Policing in India Report 2019′, 20% policewomen complained of lack of women’s toilets in police stations. While Bihar ranked at the top with respect to bad conditions of women’s toilets, Uttar Pradesh ranked fourth.