We need to talk. I moved cities to be closer to you, struggled with irritating landlords for you, dealt with hair loss due to polluted water for you, gave up the basic dream of cross-ventilation in my rented apartment for you. But, it’s been almost 2 years and it’s not working out anymore. I know, I know, you’d probably turn around and tell me that you never asked me to make these sacrifices, but I did them anyway because I thought we could make this work. But we clearly can’t because there’s a problem. The people who call themselves Delhiites and claim to love being part of the esteemed national capital clearly don’t care about sustaining it.

The Supreme Court kinda tried to deal with the pollution but I feel the longer I stay here I’m just inching closer to extinction. But Delhiites are relentless. Not relentless in the pursuit of tackling the environmental nightmare that we have landed ourselves in, but in the whole praan jaaye par Diwali waise hi manayenge (we might choke to death but we make no changes to the way we celebrate Diwali) idea. 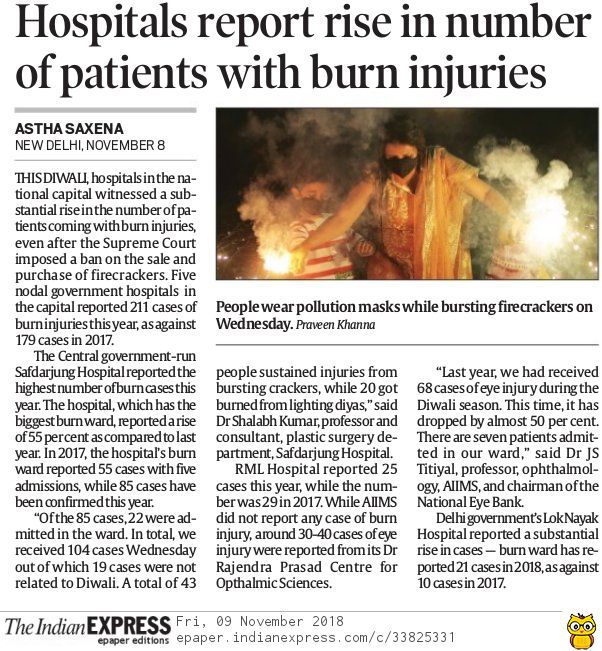 On Friday, we woke up to a news report in The Indian Express with a photo that could go up in the hall of fame of pictorial representations of what stubbornness looks like. A woman is seen holding the hands of little kids with sparklers in their hands while wearing a mask. Does that mean that she’s aware of the kind of pollution that she’s exposing these kids to? She knows that the air is of unbreathable quality and is, therefore, wearing a mask, but does she think that the mask would protect her against all odds?

This is not one person. This is not a one-off incident. There are a few other images and comments that makes one see a pattern. A self-destructive pattern, that too. The same Indian Express report also stated that the national capital witnessed a significant rise in the number of patients with burn injuries. 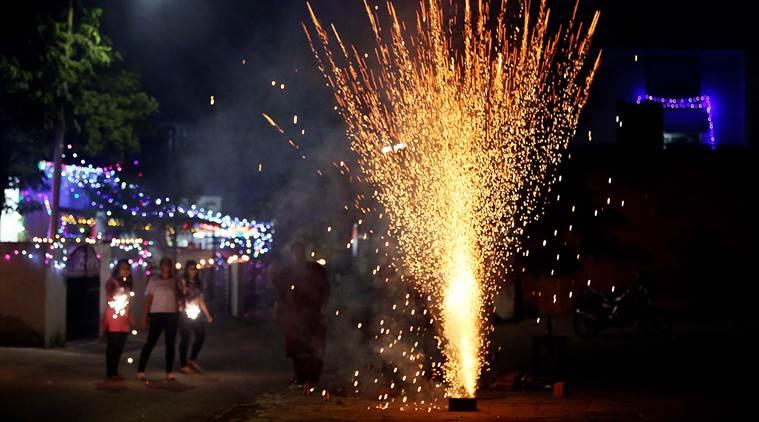 Paying absolutely no heed to the two-hour window provided by the Supreme Court to burst firecrackers, people indulged in burning firecrackers without any care of being held in contempt of court. Some even equated the non-compliance to the civil disobedience movement and the Quit India Movement. But are we seriously not going to question our nationalism if we are so quick to trivialise the freedom struggle of this country?

A day after Diwali this year, unprecedented levels of pollution were recorded as a website, AirVisual, which monitors the air quality all over the world recorded 980 as the air quality index, one day after Diwali. The Supreme Court’s restrictions, which aimed to control the toxic air quality levels during Diwali didn’t go as planned. But how lightly are we taking this is the point of concern because if the highest court in the land cannot control the actions of the people then are we heading to a state where lawlessness prevails?

Can you do please do better Delhi?