Think people with disability in India don’t face online abuse? A 2017 study by Norton showed that 87% of people with disabilities or poor mental health in India faced some form of online harassment. This was recently confirmed by 2014 UPSC topper Ira Singhal who wrote a post on Facebook on July 14, describing how she was bullied online for having a disability.

Abused for having a disability

The first differently-abled candidate to top the civil services exam in general category, Singhal posted screenshots of her conversation with her abuser who called her ‘kubdi’ — a Hindi slur for someone with a crooked back.

“For anyone who thinks people with disabilities don’t have to face anything, as the world is nice and kind – just sharing someone’s comments from my Instagram account. A face of cyber-bullying.”

Singhal suffers from scoliosis — a sideways curvature of the spine which restricts her arm movements. Before topping in 2014, she attempted the UPSC exams thrice and got into the Indian Revenue Services. In 2010, she secured the 815th rank but was denied posting because of her locomotor disability. She filed a lawsuit with the Central Administrative Tribunal, arguing that rejecting her on the grounds of her disability was discriminatory and violated the Persons with Disabilities Act.

Not the first time

Singhal is not the first UPSC topper to have been subjected to online abuse and cyberbullying. Tina Dabi topped the UPSC exams in 2016, becoming the first Dalit aspirant to do so. The IAS topper was subjected to casteist ridicule on social media with many questioning whether she would have even cleared the prelims, even though Dabi was the overall topper of the exam. When she married Athar Aamir-ul-Shafi Khan who had secured the second rank the same year, allegations of ‘love jihad’ surfaced with Hindu Mahasabha even asking Khan to “re-convert” to Hinduism. In a similar case, this year’s UPSC topper Kanishak Kataria was trolled for not opting the general category while applying for the exam. 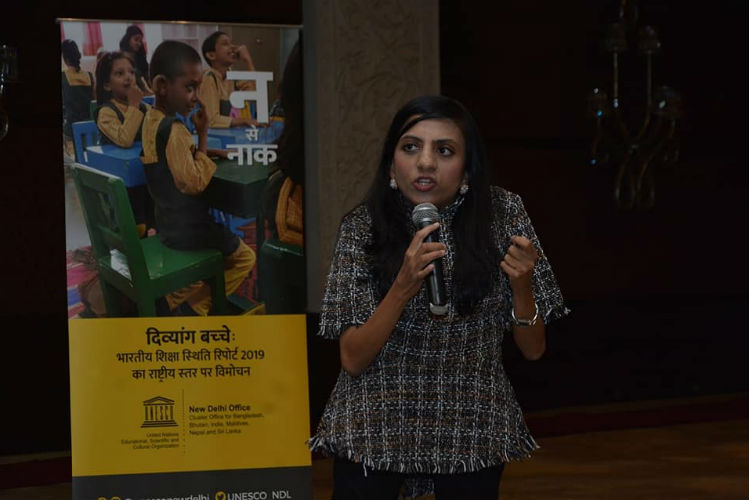 Epidemic of cyberbullying in India

A 2018 study from Ipsos revealed that cyberbullying is the most prevalent in India, with 37% of parents saying that their children had experienced some form of abuse online. Another survey pointed out that around one-fifth of Indian children and eight out of every 10 adults had been bullied online, while over half of the Indian respondents said they had bullied people over social media. Such abuse is also imparted on persons with disabilities who account for 1.67% of India’s population between 0-19. Earlier this year, even Prime Minister Narendra Modi mocked dyslexia when he took a jibe at Rahul Gandhi by hinting that the latter had a learning disability.