Goa University recently announced that it was incorporating courses on Vastu Shastra (the traditional Hindu system of architecture) as well as Jyotish Shastra (astrology) in the academic year 2019-2020. These courses will be available along with the study of ancient Indian languages of Sanskrit, Pali and Prakrit.

Earlier this month, Governor Mridula Sinha, who is also the chancellor of the University, agreed to the formation of four schools, including, the School of Sanskrit and Indic Knowledge Systems. The courses will include programmes in ancient texts like ‘manuscriptology’, Vedic and puranic knowledge, Yoga and Panchkarma, classical Indian philosophy, literature, poetics, and computational linguistics. The university says it established the schools “to establish, develop, propagate and bring out the need for retention of Indian culture”.

Vastu Shastra or ‘the ancient Indian science of architecture’ involves designing buildings by including the influence of the sun’s light and heat, wind directions, the moon’s position, and the Earth’s magnetic fields. 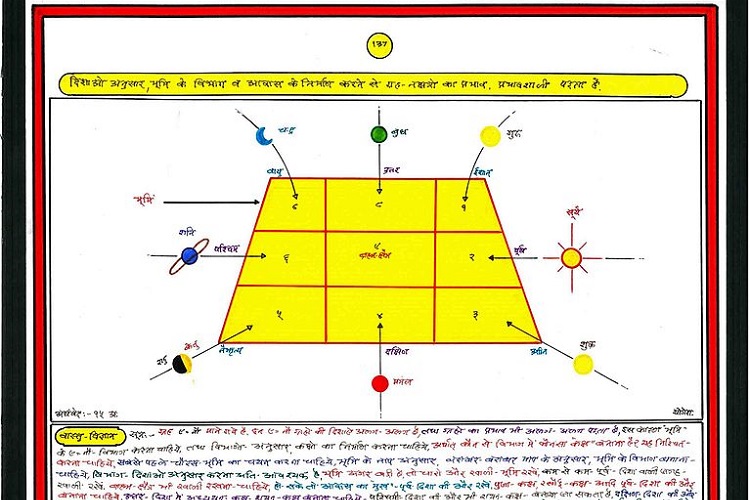 This is not the first time Universities and conferences have given a platform to ancient Indic knowledge systems such as Vastu Shastra.

In 2017, architecture students of IIT Kharagpur started learning Vastu Shastra when the institute decided to introduce the subject as a part of its plan to “re-orient the syllabus”. In 2018, Jawaharlal Nehru University (JNU), Delhi proposed to offer courses on Śrautasūtras, which includes learning traditional rituals and ancient texts, in training to become pandits. The proposal was made by the School of Sanskrit and Indic Studies.

In March 2019, the department of education at the University of Delhi organised a seminar titled ‘Science in Sanskrit Literature’ which included topics such as ‘Vedanta and modern physics’ and ‘Heliocentrism: from Rig Veda to Copernicus’. The seminar was supported by the Union human resources development ministry and faculty members of the department.

The 106th Indian Science Congress held at Lovely Professional University in Jalandhar hosted speakers, who claimed to be scientists, justifying mythology through modern science. Ashu Khosla, a geologist who teaches at Panjab University, suggested that Lord Brahma knew about dinosaurs and well-documented them in the Vedas. Andhra University vice-chancellor G Nageswara Rao, a professor of chemistry, presented a paper on how the Kauravas (from the Mahabharata) were actually test-tube babies and were born using stem cell technology.