Pandal hoppers in Kolkata, get ready to be stunned by the radiance of this Goddess Durga idol.
A 13-feet-tall Durga idol made 50 kg gold worth ₹20 crores is expected to grab all the eyeballs at  Central Kolkata’s Santosh Mitra Square. The idol is nearing completion at  the community puja pandal.
“Nobody has ever in the past conceived the form of the goddess in pure gold. It is our kanak durga (gold Durga) made of 50 kg of the costly yellow metal from top to bottom,” community puja marquee president Pradip Ghosh told IANS.
The gold has been provided by jewellers, and they would get it back after the idol’s token immersion. Santosh Mitra Square is just a stone’s throw away from Bowbazar, Kolkata’s famous Jewelers district.
“We also have roped in a large number of multi-national corporates who have provided the fund for the idol and meet most of the cost for the festival,” said Sajal Ghosh, the secretary of the community puja. Over 200 artisans have been working hard to give shape to the organisers’ plans, IANS reported. 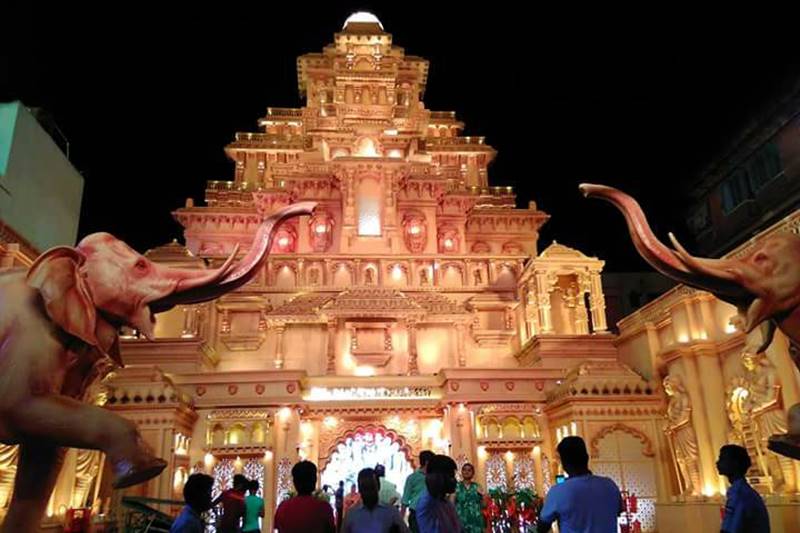 Grandeur Of Kolkata Pandals
The biggest annual festival in West Bengal, which will begin from October 4 this year, is incomplete without the Pandals. With their grandeur and their standalone themes — ranging from contemporary to traditional—the Puja pandals manage to pull crowds every year. Last year, SreeBhumi Sporting Club Durga Pujo had created a replica of Chittor Palace, drawing inspiration from the Bollywood film Padmaavat, and the Durga idol was presented as Rani Padmavati.
In 2017, the Santosh Mitra Square also had a dazzling idol, adorning a saree made of 22 kgs of gold, for Goddess Durga. 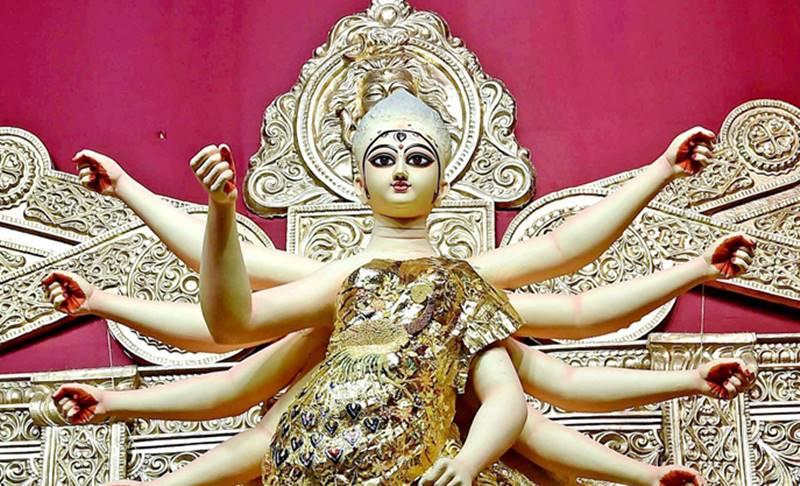 And this year too it is no exception.
According to Time Of India, many pandals in Kolkata will have global warming as the central theme and the pandal will be decorated like a nursery.