Prime Minister Narendra Modi is all set to address the nation just when you planned on start on your New Year’s eve celebration. The address will be just after a day PM Modi’s 50-day deadline to bring stability across the country after his decision to demonetise Rs 500 and Rs 1000 notes ended.

However, we still do not know what the Prime Minister is going to talk about, some believe that he is all set to reveal the next course of action after demonetisation. Some profess that he will announce the steps that the central government will take in the year 2017.

Some even claim that he might just go on to ban something else. Amid all the anticipation, Social Offline pub who has several branches across the country has come up with a really cool way to bring in the new year while keeping up with the Prime Minister’s speech.

Social Cafe and Bar in Hauz Khas, in Delhi, announced that they will offer beer or shots at Rs 31 every time the Prime Minister says, “Mitron” during his speech today. However, the offer will last for half and hour only. Check out the offer below:

What more you ask? People have also come up with a drinking game. Check this out: 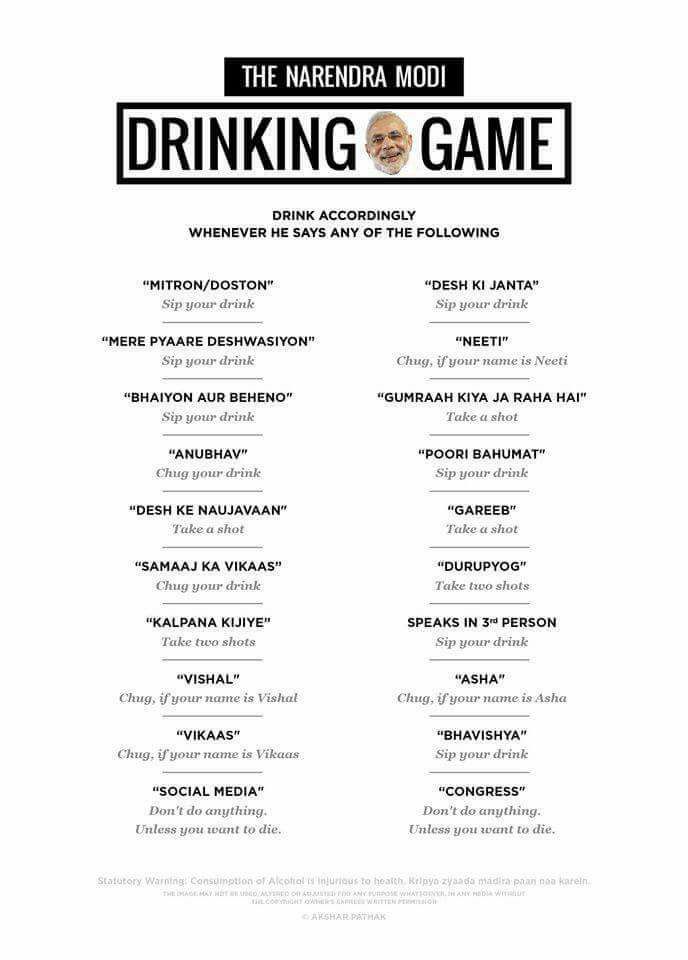 People across the country are deadly scared trying to anticipate what the Prime Minister is going to speak about. Because well, the last time Prime Minister made a televised address, the government announced demonetisation drive to deal with the black money menace.

Should I spend all my 100s before this happens? https://t.co/NWosQt3lXn

Brace yourselves people, “Modi is coming back.”