Every year, Indians celebrate the Independence Day on August 15 with great fervour and a sense of allegiance to the country. And on every August 16, the streets are lined up with the Indian tricolour casually tossed, not holding the same esteem it did a day before. However, one man from Kolkata has been working towards restoring the integrity of the Indian flag for about eight years now.

Since 2010, Jignesh Thakkral (36) has been running an initiative to pick-up discarded flags from the streets after Independence Day and Republic Day (January 26) across several regions of Kolkata.

“One day, I was out for a morning walk after Independence Day when I found flags just lying around on the road. That made me want to start this bi-annual initiative,” says Thakkral, a businessman, who conducted this cleaning drive all by himself for nearly 4-5 years. “If you can’t respect the flag, at least do not disrespect it, because we didn’t get independence easily.”

ALSO READ: Wanna Celebrate I-Day But Worry About Pollution? Switch To Flags That Grow Into Plants

As Thakkral remained persistent, other people started joining-in, encouraging more to participate. This year, around 20-25 people set out with cartons, collecting nearly 300 flags trashed in the streets. “A lot of people are following suit. People in Bardhaman, Odisha, and even Bangladesh have started picking up flags now,” Thakkral adds. 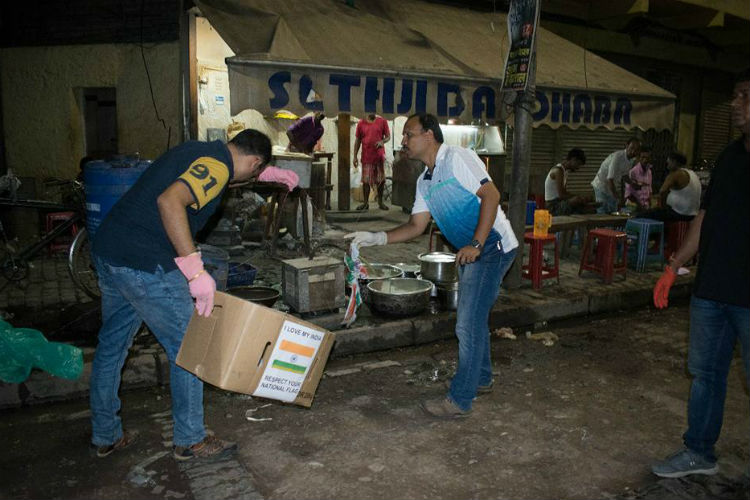 The team heads out at midnight to scour different regions on bikes and cars, plucking discarded flags from accumulated trash, drain pipes, etc. till sunrise. Additionally, they also inform and educate people against carelessly trashing the national flag.

Once the flags have been collected, the team proceeds to dispose of the flags as directed by the Flag Code of India 2002, which states that damaged flags shall be “destroyed as a whole in private, preferably by burning or by any other method consistent with the dignity of the Flag.”

However, the abundance of plastic flags makes it hard for the tricolour to be disposed respectfully. “Legally, plastic flags are banned, but as per the Constitution, we have to burn those too. But it is very difficult to dispose them due to the pungent smell,” says Thakkral, who discourages the use of plastic and paper-made flags, as the Indian tricolour should be made out of cloth. 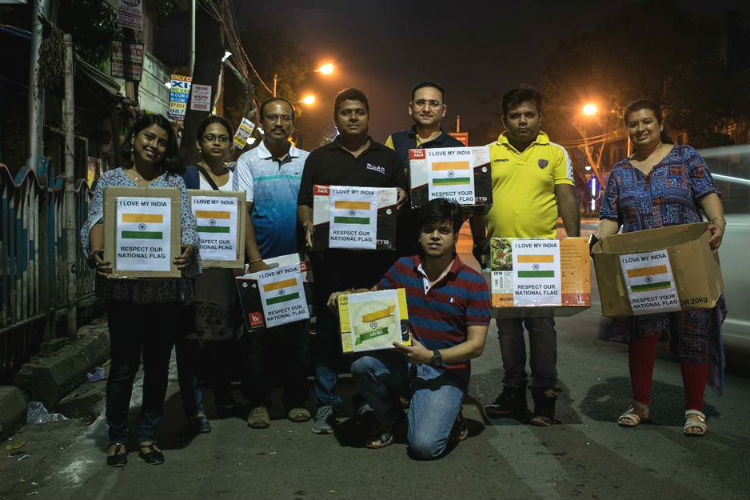 According to Thakkral, the number of flags lying in the streets has significantly reduced ever since he started the drive, which welcomes everyone to contribute. “We’re not associated with any NGO and we’re not a club either. Anyone can turn up and start doing this.”

Thakkral says that they also conduct workshops around schools to instil patriotism among students. “We want to let people know that we should respect our flag throughout our lives and not just for one day.”