A Kerala village has become the first in the country to host an online gram sabha for Non Resident Keralites (NRKs).

The congregation was held for the residents of Peruvanthanam, a remote village in Idukki, through video conferencing and it was attended by over 20 members of the village who currently reside in Gulf countries.

A TV screen was set up and the video calling app IMO was used to connect with those sitting at the venue with the 20 participants abroad, Online news portal The News Minute reported. 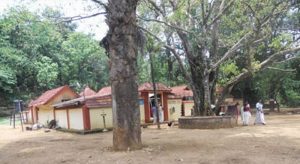 “We had participants from Saudi Arabia, Kuwait, UAE, Muscat, Qatar and other gulf countries. They all expressed an interest in participating in the grama sabha meetings, which are held every three months, when we pitched the idea of an online grama sabha. And then it took off,” said Nizar Parackal, Health and Education Standing committee chairman of the panchayat.

The gram Sabhas meeting are held every three months, to discuss key issues and development works in the locality. Besides, it also strengthens grass root level functioning of Local Self Government (LSG) bodies.

Nizar said, the idea of organizing global Grama Sabha came after government’s directive to LSG bodies to ensure wider participation of people in the Grama Sabha and use social media as effective tool for their participation.