“This is Kalyug”, the headline of a full-page advertisement put out by FIITJEE in a leading newspaper read.

Reason you ask? Forum for Indian Institute of Technology and Joint Entrance Examination (FIITJEE) a leading coaching institute for engineering institutes have gone ahead and said that barring them all other institutes are “unethical” and “corrupt”.

That is not all. The coaching institute has resorted to inculcate fear in the minds of the students and parents in order to influence them to get their child admitted to their institution.

“In every activity, we find mafia-like people and institutions. Education is no exception. Unethical institutions purchase results, poach brilliant students and their results do not reflect their capabilities,” the full-page advertisement in Hindustan Times reads as.

Several coaching institutes in Kota have gained the reputation of poaching students by pitching unrealistic aspirations just to make them a part of their roughly estimated 600 crore industry. 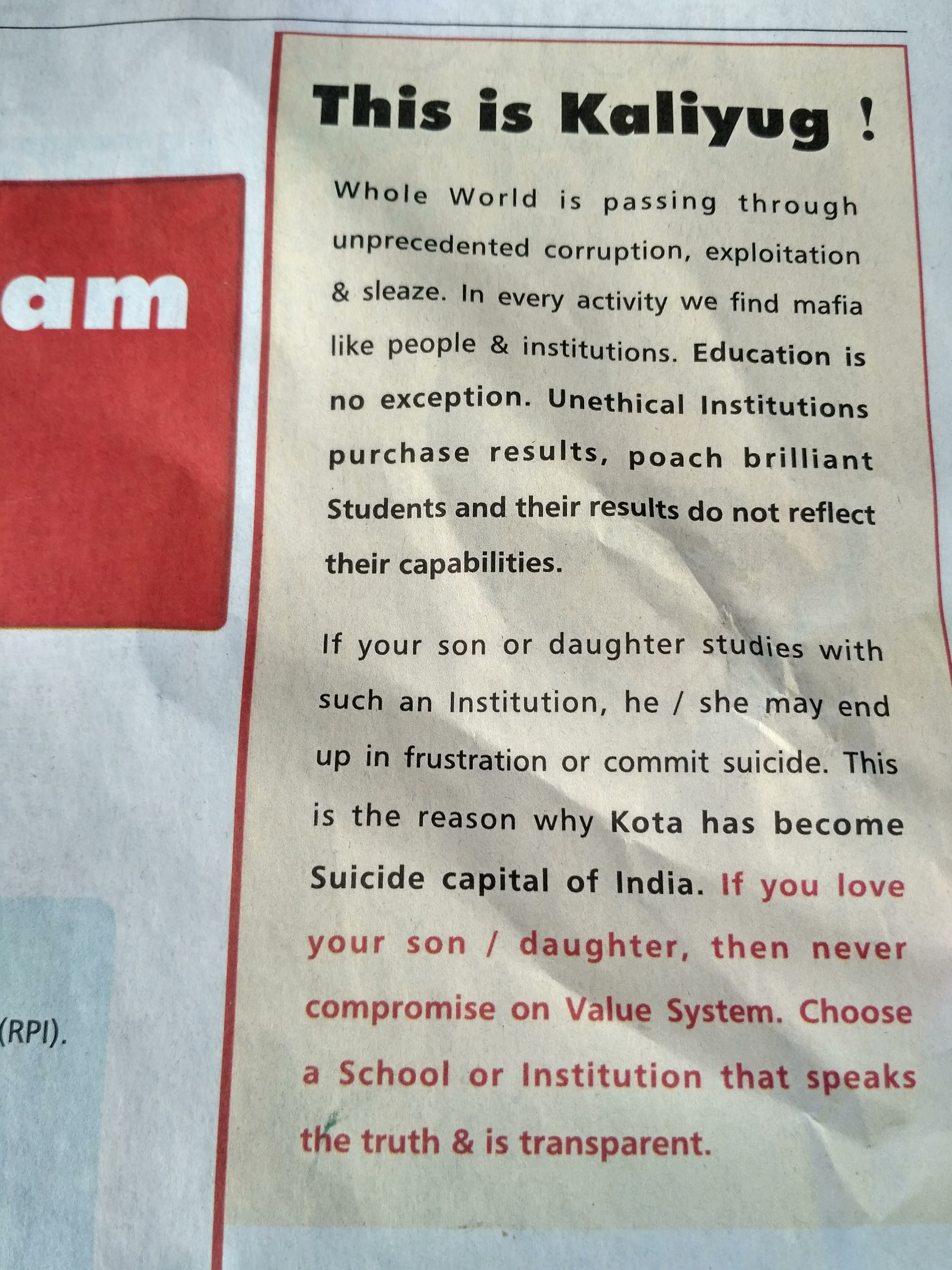 In the advertisement, FIITJEE has said stooped to the level of using the issue of the number of suicide cases in Kota and said, “If your son/daughter studies in such an institution, she may end up in frustration or commit suicide. This is the reason Kota has become the suicide capital India.”

Thousands of students shift to Kota city of Rajasthan every year to prepare for entrance examinations and this is how the FIITJEE intends to poach the high-scoring students.

There is an increasing number of suicide cases in the coaching town of Rajasthan and FIITJEE has claimed that it was because of these coaching institutes that the students were committing suicide without adequate data or proof.

It is unfortunate that the FIITJEE which is a renowned coaching institute is using such psychological tactics and emotions of the students and the parents just to increase their own profit.