When Dr Aftab Alam and three of his doctor friends decided to take up rented accommodation in a south Kolkata locality in June, little did they know that they would be asked to leave after two months. The four doctors were told to vacate the locality in Kudghat when their neighbour realised that all four were Muslims. A few other members of the colony joined the chorus and pressurised the house owner to stop renting out accommodation to Muslims

“Since we were always busy with work and used to come home late at night, the neighbour was uncomfortable with four bachelors and their odd working hours. And when he realised we all were Muslims, he decided to confront our house owner,” Aftab told InUth. “It was the first incident of discrimination which I had ever faced in my life. I didn’t know that such things can happen in Kolkata,” he added.

The four were on the verge of vacating the house but thanks to the timely intervention of Sanghati Abhijan, a voluntary group of social activists, things were resolved. The group managed to convince all those who were protesting and the doctors didn’t have to leave the place. 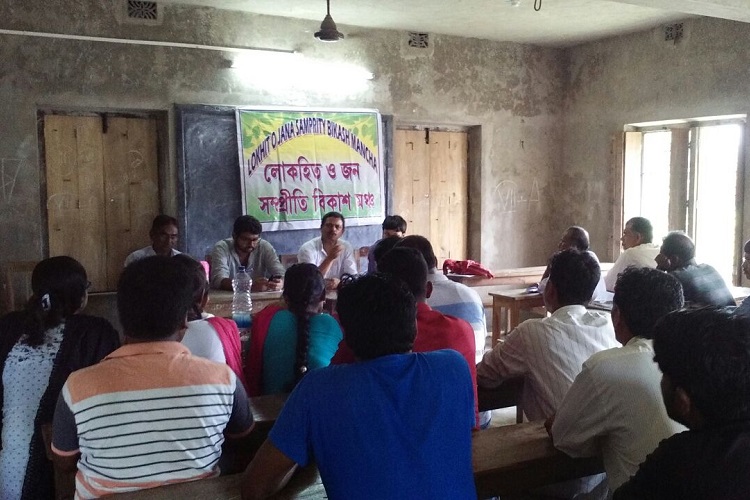 The team members at a meeting

Sanghati Abhijan is a volunteer-based group in Kolkata that aims to fight discrimination in the society, especially when it comes to matters of housing. Every month, the group conducts a meeting where 40-50 volunteers come together to discuss their plan of action. The group has recently started its ‘Open A Door‘ campaign which aims to put an end to discrimination on the basis of religion, caste or marital status. As a part of the campaign, an online database of around 500 landlords has been created for prospective tenants with the sole criteria that they will not practice any form of discrimination. Not just on the basis of religion and caste, the landlords also cannot discriminate between those who are married and unmarried.

“It’s a platform to connect house owners and tenants with no monetary objectives. It’s probably the only such portal as even big names like Magic Bricks do not offer such services,” Deborshi Chakraborty, one of the key members of the team told InUth.

Though the online portal is getting a lot of response, it is the actual groundwork that stands out whenever such cases come up. “Whenever there is a problem, our team goes to the locality. We talk to the landlords as well as other people and try to convince them. We tell them that such incidents only bring a bad name to the society and create religious animosity. Most of the time, we end up being successful,” he said. 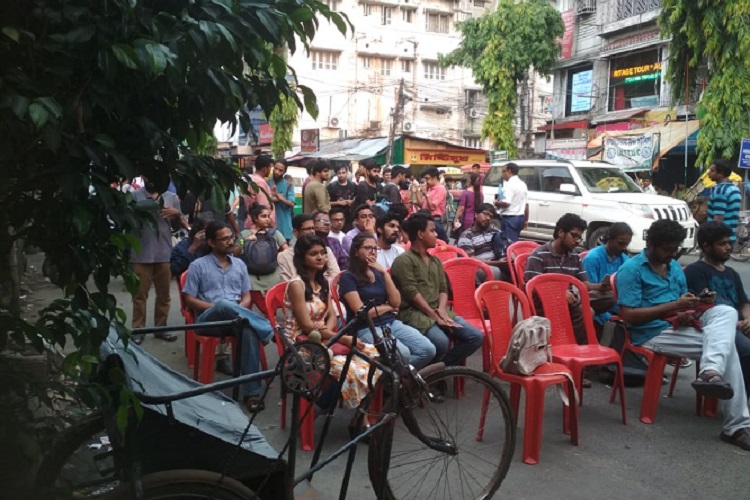 At a public event

Apart from the four Muslim doctors, Sanghati Abhijan claims to have helped many people who faced discrimination. In June, they came to the rescue of a Jadavpur University student who had to leave her flat for being a Muslim.

In a city like Kolkata, which prides itself on being cosmopolitan, such incidents still occur, however, they are relatively infrequent as compared to the other parts of the country. “In Kolkata, we have Ballygunge for Hindus, Park Circus for Muslims and Tangra China Town for Chinese. This is ghettoisation and discrimination will only aggravate it,” he said.

The group is now planning to work towards Special Marriage Act where they will work for the interest of inter-religious couples. They are looking into the legalities of it and will hire a lawyer for the same.

Chakraborty feels that the religious differences in Bengal have recently cropped up due to the entry of RSS and BJP. “Look at the number of RSS Shakhas in Bengal, they have doubled. They are spreading religious hatred and communal propaganda.”