While the rest of the world sleeps on, Muskan Pandey starts her day at 4.30 am. Waking up to cook for the 100+ people who come to her food stalls in New Delhi’s Vikaspuri everyday. On the menu: Rajma-Chawal, Kadi-Chawal, & Chole-Chawal, just for Rs 10.

The 30-year-old, who has been running an NGO called Ma Foundation for underprivileged children, started four food stalls last year. ” In 2007, I came from Mumbai and saw many people, like rickshaw pullers eating food in unhygienic stalls. I decided to do something for them when I become financially sound. Since last year I started this stall. We have four stalls which are in Vikaspuri F block, Vikaspuri PVR, Janakpuri and Keshavpur Mandi, says Muskan.
Muskan works 30 days a month to provide tasty and hygienic comfort food. She prepares food at the terrace of her house. The board at her food stall says Lajjadar Khana Ijjedar khana. “Ijjedar means self-respect. We chose to charge Rs 10 because if we give it for free, it might hurt their self-respect. In langar, a lot of people waste food. But when you buy it, you do not waste it”, says Muskan. 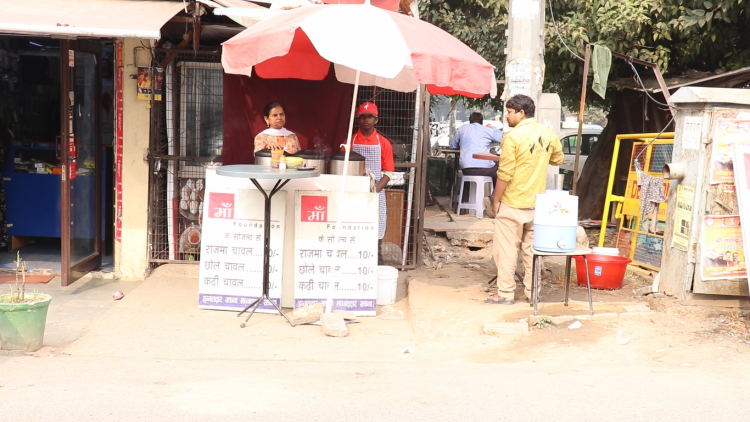 Their daily menu includes rajma, chole and kadi rice, along with roti and raita. Green veggies are served along with these staples. Muskan has seven staff members. They come around 7 in the morning and help her in the preparation by cutting veggies.Muskan employs those who live in the slums. One of whom is 16-year-old Imlesh Kumar who has been working with Muskan for the last three months. “I used to work in namkeen factory. Here I pack the food into the containers and clean the utensils,” Imlesh says.

The stalls usually are open from 8.30 am to 4.30 pm, serving both breakfast and lunch.
” The food is awesome. What makes it different from other food stall is here they prepare it with love”, says Shreya relishing her Rajma chawal. Another frequent customer at the stall, Aryan, says ” You can’t getter better food for Rs 10, the rikshawallas and all can afford the food . Feedback is 5 out of 5 and 10 out of 10.” 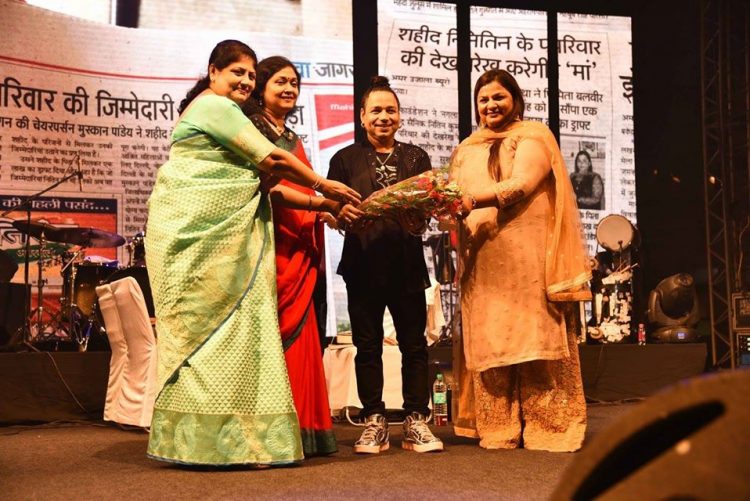 The NGO chiefly gets its funds by organising events for singer Kailash Kher, who is their brand ambassador.
“We organise 2-3 events of Kailash Kher so we do ticket sales for the event, and that is how we collect funds. So even for the food stalls, we take some money from those funds,” Muskan says.

For Muskan, the NGO’s name, Ma, symbolises its purpose.
“Whatever a mother does for her kids, I want to do for the people. I want to provide education for the kids who cannot afford education and provide jobs for everyone. I want to open 100 similar food carts across Delhi,” says Muskan.