While a few colleges have proposed courses such as ‘Adarsh Bahu’ (ideal daughter-in-law) to produce the perfect wife, Bengaluru’s Baduku Community College is teaching men how to be equal partners at home.

The course that started from September 22 onwards is attended by a group of 15 men, aged between 23 to 34 years (The Hindu reports the age group to be between 21 and 40 years), every weekend. Named ‘Reserved for Men’, the course attempts to teach men how to share household chores. The News Minute reported that the course also includes emotional labour and gives lessons on how to resolve relationship conflicts and tips on parenting, among other things.

Samvada, an NGO working with young people in Karnataka introduced this course. The organisation also works with marginalised groups and helps them enter fields such as gender, social justice, sustainable livelihood etc.

Baduku college’s principal Mural Kati is one of those who actively pushed for the course. “It was a mixed bag of responses. Some wanted to learn how to cook, some wanted to know how to break gender stereotypes. Many of them were interested in learning about child care, and caring for the elderly… like what they can do to emotionally support elderly mothers as they are going through menopause,” he told TNM.

The course will also help men, who are often stereotyped to be stoic, to create a space that is conducive for them to share their feelings. Group activities and theatre workshops will also be used to help the participants empathise with the women in their lives, The Hindu reported. 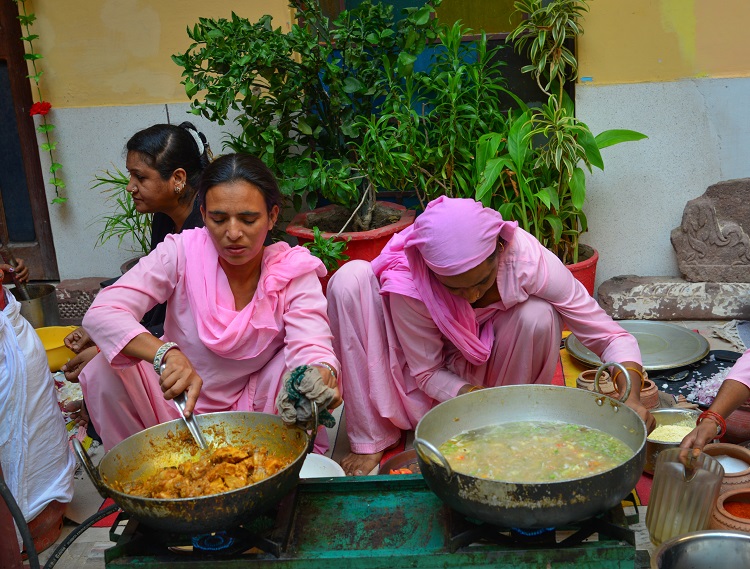 The participants must also be accompanied by a female member of the family. “Many youth in their 20s face issues with their mothers and start screaming at them. They are even clueless about menopause,” Kati told The Hindu.

Those participating will also have to maintain a diary of all the lessons they’ve learnt. The course began from September 22 and will go on for eight weekends, according to a report in The Hindu.