Last year, when a girl student in Banaras Hindu University was returning to her hostel in the evening, two bike-borne unknown men came from behind and molested her before speeding away. From the security guard to the officials in the administration, the victim alleged, everyone blamed her for her own molestation. No attempt was made to investigate the incident.

The lack of inaction on the part of administration triggered something rare on the BHU campus – protests against the administration.

What followed was something none of the protesting students had anticipated. During the protests on the intervening night of September 23-24, the girls sitting on dharna were lathicharged by the male cops of Uttar Pradesh police. The assault left several students injured and unconscious. The shocking assault on the students holding placards and banners was caught on camera. 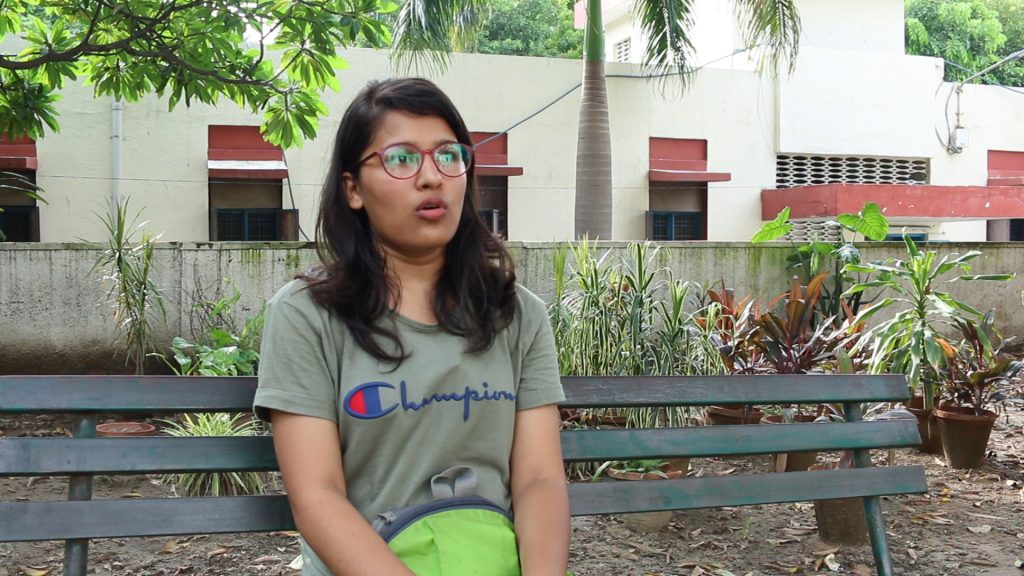 “The protest was not only against the sexual harassment of the girl. It was just that every girl empathized with the victim because all of them have faced similar things on the campus,” Shivangi Choubey, a BA IInd year student at BHU during that time, told InUth.

It’s that protest which has put Choubey’s career in jeopardy now. One of the popular faces of student agitation in BHU, Choubey has lived all her life in Banaras. From her schooling to college, Banaras was the centre of world for the 21-year-old student.

“Two three days before, I came to know that I have been debarred from the university which means I can’t get admission in the university for any degree or research in future. Also, the university had filed a police case against me,” Choubey, who completed her graduation from BHU this year, said.

Choubey is not the only student to be debarred. BHU administration has compiled a list of 56 students who have been found involved in various “incidents of unrest on the campus” which “damaged the reputation of the institution during the last three years.”

According to her, the university’s decision is actually aimed at making an example of those who dared to raise voice against the discrimination of female students by the university administration.

“I have been vocal about gender discrimination and gender issues [on the campus]. That’s why I am a target. Basically, they want to ensure that the students who are vocal, take part in protests, speak on issues, should not be in the university and should study somewhere else,” Choubey reasoned.

Choubey, who studied in a co-ed school of Banaras, said she became conscious of her gender only when she joined BHU in 2015.

“Eve-teasing and moral policing is so common in BHU that after sometime it looks normal. You just have to live with it. Girls are not allowed to wear shorts or to have non-vegetarian food. We never knew how’s the world outside after 8 PM,” she said.

While Choubey has more or less conceded to the reality of moving out of Banaras for her future education, her worry is not over. Recently, she ranked 19th in the Delhi University entrance examination for Masters in Linguistics.

“The rank doesn’t matter at all. My character certificate is still with BHU. If they put something on it, I may not get admission at any other university at all. My future is at stake completely,” Choubey said.

According to University Grants Commission (UGC) guidelines, character certificate from a previous institution is mandatory for admission in a new educational institution.

BHU Chief Proctor Royana Singh said the university has taken action against only “habitual offenders” and have allowed them to “complete their degrees.” 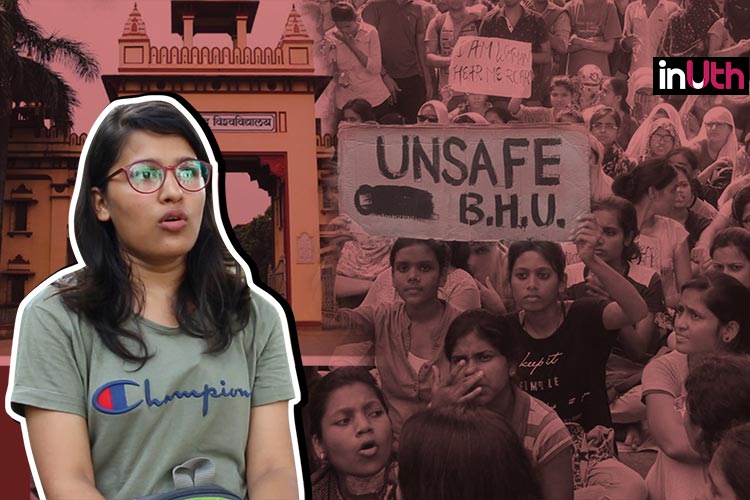 “We cannot punish a student twice. The intention of debarring students is to tell them that BHU will not re-admit them for any academic course in future. We don’t want to ruin a student’s career. BHU will give them clean character certificates,” Singh told InUth.

But the debarring move has already cost students dearly.

Raj Abhishek, who completed his graduation in History of Arts from BHU, qualified entrance examination for Masters in Conflict and Peace Research at the varsity on July 17. A week later, his parents in Patna received a letter which said Raj has been debarred from seeking re-admission in the university.

“I was shocked. If I had known that the university has put me on the list of debarred students, I would have applied in some other university. I can’t do that now since the admission session is already over. I have lost a year of my career,” Abhishek, 22, told InUth.

Chief Proctor Singh said they are “looking into the appeals filed by the debarred students.”