In a glorious example of how the youth of today don’t consider just the sky to be the limit, a 12-year-old boy’s artwork that he submitted to NASA, will feature on their 2019 space calendar. A student of Class VIII, N Thenmukilan’s drawing was chosen out of thousands of entries from across the world to feature in the calendar.

NASA’s 2019 space calendar will feature an artwork done by a 12-year-old boy from Tamil Nadu’s Dindigul district. Thenmukilan titled his artwork ‘Space Food’ and it urges astronauts to grow vegetables in space so that their diet is more nutritious. The pre-teen claims that it took him two days to conceptualise his drawing. 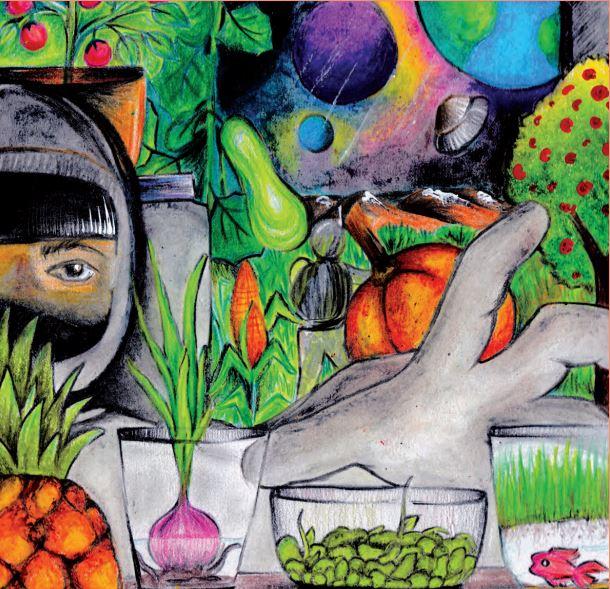 “Our school has a club called ‘Image Minds’, which helps us explore ideas creatively. When I first heard about the topic ‘Space Food’, my mind went several places. I finally settled for the concept of cultivating food in space as fresh vegetables never last the journey,” Thenmukilan told The Hindu. The shortlisted artworks represent a different theme on space for each month.

Twelve different paintings, submitted by kids across the world, have been shortlisted for the 12 months in the calendar. Children between ages 4 and 12 were asked to send over their paintings that they would like to get featured in the calendar. “The artwork contest is designed to get our youth excited on science, technology, engineering and math and to inspire our future scientists, engineers and explorers,” a statement from the crew stated as reported by The Times of India.

NASA’s website claims that the Commercial Crew Calender would apparently be transmitted to astronauts aboard the space station. The space administration had selected three entries from India – by two 8 year olds, Deepshikha from UP and Srihan from Maharashtra and 12-year-old Thenmukilan.