A series of RTI queries sought by Social Awareness Society for Youths (SASY) had revealed that over 640 villages across 20 districts in Tamil Nadu still practice untouchability. The advocacy group had sought the information for the time period between 2014 and 2018 and revealed that no legal action had been taken in any of the villages.

“We filed a series of RTIs with district administration, police in order to monitor the implementation of the provisions of the SC/ ST Prevention of Atrocities Act. Based on the evidence, we plan to bring out a fact sheet of the ground situation. The data shows the atrocities that Dalits continue to face even today.” 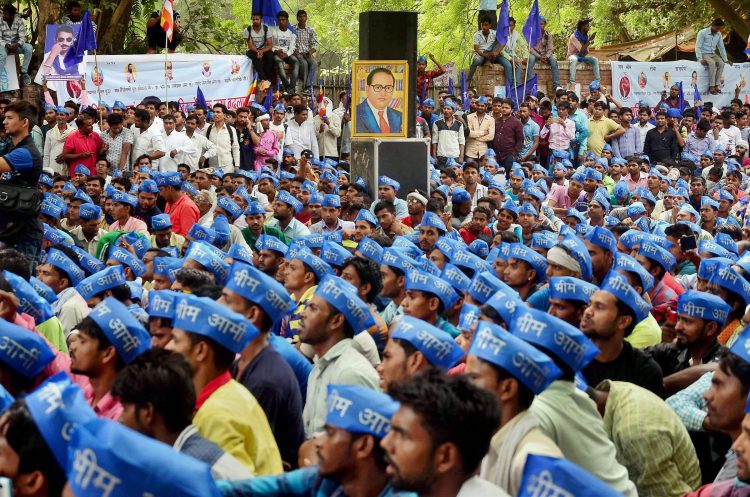 As per Scheduled Castes and the Scheduled Tribes (Prevention of Atrocities) Act, the state governments have to deliver justice to communities and impose collective fines on people who practice untouchability. On March 20, 2018, the Supreme Court banned the immediate arrest of a person accused of insulting or injuring a member of the communities.

Despite untouchability being abolished over six decades ago, it still remains a common practice in many areas. A 2016 survey by Social Attitudes Research in India found out that nearly two-thirds of the population in rural Rajasthan and rural Uttar Pradesh still practice untouchability. It also found out that almost half the population in the regions is opposed to marriage between Dalit and non-Dalit Hindus.

Earlier this month, a family in Dhara village near Kullu, Himachal Pradesh was allegedly stopped from going to the crematorium because of their caste. In December 2018, the Ambedkar Periyar Study Circle posted photos of the mess hall at IIT Madras with separate entrances and wash basins for vegetarians and non-vegetarians. A 2017 study conducted on the Madiga community in Karnataka revealed that the members were not allowed to fetch water from public taps in 20 of the 87 villages. They were also not allowed inside temples in 72 villages.