The state, which reveres the founder of Dravidian movement EVR Periyar, imbibes his ideologies in their lives with equal dedication. “More than a 1,000 couples in and around Chikkedikuppam got married by signing an agreement. No bridegroom demands or takes dowry from the bride and her family. In fact, dowry is something unheard of in the village in the last 50 years,” 85-year-old Arjunan told The Times of India. 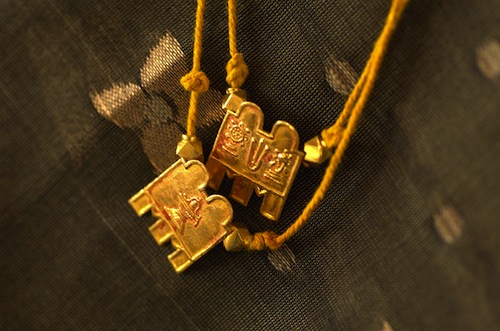 Arjunan and his wife was the first couple to commit to each other in a self-respect marriage. They solemnised their marriage in January 1968, which had just become legal after CN Annadurai made it a point to legalise it as one of the first tasks after becoming chief minister.

In November 2015, the Madras High Court ruled that this system of marriage could not be called illegal. The self-respect marriages made saptapadi (or seven steps around the holy fire) obsolete. Those opting for self-respect marriages wanted simple ceremonies in the presence of loved ones, where garlands or rings would be exchanged.

A PIL had claimed that saptapadi was an “important ritual” and that these marriages were propagating the philosophy of a political movement. Dismissing the petition, the bench had said, “The Hindu religion by itself is a pluralist in character and thus various forms of marriage have traditionally existed depending on the area and the custom prevalent therein…. It has also stood the test of time, now for half a century.”