Four women of a family have been ostracised by a Khap Panchayat in Rajasthan’s Bundi after they lent their shoulders to their father’s bier and cremated him.

Durgashankar Tailor, 58, died on Saturday following a prolonged illness, had wished his daughters shoulder his bier as he had no son, Times of India reported.

Though the community Panchayat was against the decision, nonetheless the four sister defied the Panchayat’s order, went ahead and participated in the funeral.

“The community leaders first asked us not to shoulder the bier and not to perform the last rites but when we stuck to our decision, they asked us to lay prostrate before them along with our wailing mother and seek forgiveness from them,” Meena, the eldest of the four daughters told PTI. 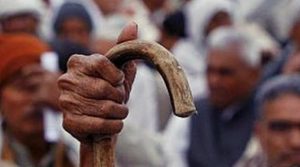 “The family was subjected to the community wrath as we four sisters decided to shoulder our father’s bier as per his last wish,” she added.

After the cremation, the girls and their relatives were not allowed to take bath in the community complex, nor were they supplied food as per the custom.

“We sought forgiveness from the community for the act of our four daughters but they remained adamant. Only a few of the community members, who were educated, participated in the funeral,” said Tikam Chand, the maternal uncle of the four women

However, community head Chandulal Chandeliya dismissed the allegations that the family members have been outcast and said he was away from the city.

He further praised the four women’s act of shouldering their father’s bier, and alleged that “some community people from outside Bundi having rivalry with us are behind spreading the rumour of outcasting the family.”