While most of us plan to make it big in our lives, only a few manage to achieve this goal. There are two ways of becoming rich, one, of course, is the path of hard work and persistence that pays in the long run and the second one is pursued by people who want to earn a quick buck, often by making a living out of thuggery and deception. The ones who succeed in realising their dreams, through either way, have one thing in common: they believe in themselves.

Mithilesh Kumar Srivastava aka Natwarlal was not any ordinary run-of-the-mill crook who got easily caught. He was the master of disguises and considered his work to be an art. Born in Bihar’s Siwan district, Natwarlal was a mild-mannered crook who had forged over 50 identities, was wanted in eight states in over 100 cases and had been credited with nearly 9 jailbreaks.

Here are five reasons that make him India’s greatest conman: 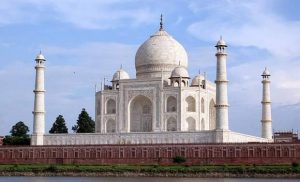 In Shaad Ali’s film Bunty or Babli, the characters of same name played by Abhishek Bachchan and Rani Mukherjee, sold Taj Mahal to a gullible foreigner. This reel life incident was inspired by the exploits of Natwarlal who had ‘sold’ Taj Mahal thrice. He not only sold the celebrated monument of love but also sold the iconic Red Fort twice and the Rashtrapati Bhavan once. 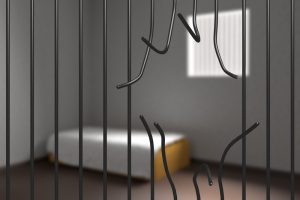 In his lifetime, Natwarlal was sentenced to over 113 years of prison time, however, he barely served 20 years in prison. In one of his earlier escapades, he offered the guard Rs 10,000. In March 1956, he was arrested in Meerut. Ten months later, he was transferred to Lucknow. In February 1957, Natwarlal stole a sub-inspector’s uniform and casually walked out of the jail. The guard too aided in the escape. But when the guard opened the bundle of notes Natwarlal had given him, they only turned out to be pieces of paper. In 1980, when he was lodged at a jail in Bombay, Natwarlal began complaining of an illness. He was taken to J.J. Hospital on June 14, where he was treated for a kidney disorder and multiple urethral strictures. At about midnight, on June 28, Natwarlal stepped out of the hospital accompanied by a police constable. Somewhere along the way, he escaped once again. His last great escape was at the age of 84 on June 24, 1996, when vanished from custody at the New Delhi Railway station while being taken on a wheelchair from Kanpur to AIIMS for treatment.

When it comes to forging signatures Natwarlal was a pro. It’s said he could imitate the signature just by glancing at the hand movements of the person. He duped the likes of Dhirubhai Ambani, the Birlas, and the Tatas of millions by disguising himself as a social worker or a needy person. He is also believed to have tried to forge the signature of India’s first president Dr. Rajendra Prasad. 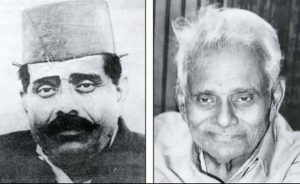 Natwarlal lived up to his legend in his death also. In 2009, his lawyer filed a plea in the court seeking dismissal of  over 100 charges pending against Natwarlalclaiming that Natwarlal had breathed his last  on Saturday, July 25, 2009. However, Natwarlal’s brother, Ganga Prasad Srivastava, subsequently claimed to have done his last rites in 1996 at Ranchi. So even his actual time of death is uncertain. 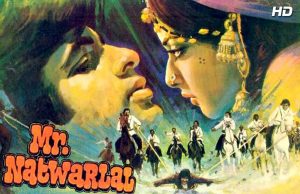 Natwarlal’s exploits have inspired many Bollywood films like Amitabh Bachchan-starrer Mr Natwar Lal and Emraan Hashmi-starrer Raja Natwarlal among others. In popular culture, the fraudsters are often referred to as Natwarlal.

At his native place Bangra, people hold him in awe despite him being dead for years. His villagers have decided to erect a statue at the place where his house once stood.