Questioning the practise of female genital mutilation of minor girls, the Supreme Court has observed that the bodily integrity of a woman could not be infringed without her consent, PTI reported.

Hearing a PIL seeking a ban on Female Genital Mutilation, a widely-practised custom in Dawoodi Bohra Muslim community, a three judge bench headed by Chief Justice Dipak Misra asked “Why and how should the bodily integrity of an individual can be part of the religion and its essential practice,” and added that the practice violated the “integrity” of a girl child’s body.

“Why should anybody else will have any control over the genitals of an individual,” the bench observed.

Attorney General KK Venugopal, representing the Centre, said that the practice causes irreparable harm to girl children and needed to be banned.

Underlining the need to ban FGM, the AG said, it has been declared as a crime in the USA, UK, France and 27 African countries. 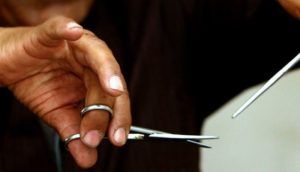 Dawoodi Bohra Women’s Association For Religious Freedom contended that FGM was harmless and impleaded itself in the SC, citing Article 25 of the Constitution and seeking the right to practise religion.

Abhishek Manu Singhvi, appearing for the Muslim group, referred to the practice of male circumcision in Islam and said that it has been allowed in all countries and this is the accepted religious practice and sought adjournment of the hearing.

He said the matter be referred to a constitution bench as it pertained to the issue of essential practice of the religion which needed to be examined.

The bench has now fixed July 16 as the date for the next hearing of the PIL filed by Sunita Tiwari.

‘WeSpeakOut’ a platform for FMG survivors, welcomed the apex court’s view on the issue and urged the government to effect changes in the law and policy to prevent FMG.

In February, the network released a study titled ‘The Clitoral Hood A Contested Site’ which said 75% of girls in the study sample were subjected to FGM. It said 97% of women who remembered their FGM experience from childhood recalled it as painful. Despite sex being a taboo topic, approximately 33% of women subjected to FGM in the study believed it had negatively impacted their sexual life, Times of India reported.

Prevalence of FMG in India

While the Indian government has said there is no data to support the existence of FMG, an independent study conducted by wespeakout.org, shows 75% incidence across the Bohra Muslim community. 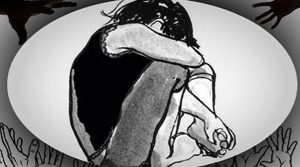 Around 1.5 million Bohra Muslims are scattered around several countries, including the UK. In India alone, the Bohra community is believed to number one million. The Shia sect is a minority within India’s Muslim population – 14.2% of the total population, according to the latest census

How other countries are dealing with FMG

In 2016, Australia sentenced three Dawoodi Bohras to 15 months in jail under the country’s female genital mutilation law. In 2017, United States officials arrested two doctors in Detroit for allegedly cutting the private parts of six girls; the trial is still underway, India Today reported. However, in India, the practise continued unabated amid veil of secrecy.