The sad reality is that the representation of  differently-abled professionals in the private sector is nearly negligible. A recent survey conducted by recruitment firm Genius Consultants suggests Indian recruiters are reluctant to hire differently-abled professionals citing various excuses. The study found that only 15 % of the recruiters surveyed have specially-abled employees on their rolls. The remaining 85% include those who did not hire or those who claimed to have the ‘concept’ in the pipeline.

The survey was conducted across companies, psychologists and specially-abled job seekers and employees across sectors such as auto, BFSI, construction and engineering, education, FMCG, hospitality, retail, telecom, and logistics, among others, Business Standard reported. 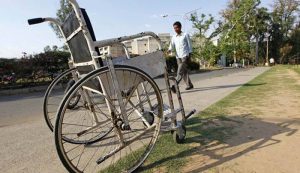 When recruiters were asked whether hiring differently-abled was important to them, 78.8 per cent recruiters responded positively, while 21.20 per cent said that it was not important, and led to losses in productive work hours and employable workforce.

About 57.24 per cent of recruiters, according to the survey, said that they were not yet ready to invest in infrastructural changes or processes before employing differently-abled people. Additionally, 61.74 per cent of corporate believed that due to biases among co-workers, there has been less number of specially-abled employees in the corporate sector.