The construction of the building started in 2008, however, it was initially not supposed to stand as tall. Amar Nath Shroff, the founder of Alcove Realty — one of the developers of the project, told TOI,

“The construction of The 42 has been completed. At 268 metres, it is now the tallest building in India. It would have been the second-tallest had the additional four floors that were later sanctioned not been constructed.” 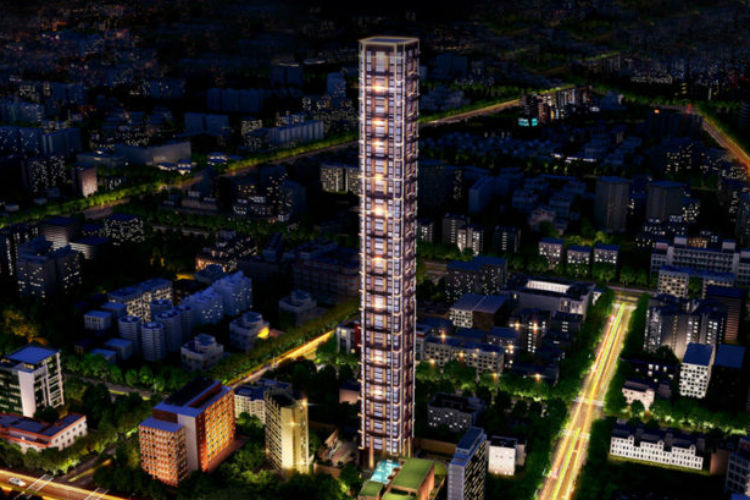 Kolkata Municipal Corporation (KMC) allowed the construction of additional floors because of an amendment to its building rules in 2018. However, the developers of ‘The 42’ faced a civil suit over light and air rights filed by ITC Limited in Calcutta High Court, that led to a delay of two years for its completion. The Airport Authority of India (AAI) had also imposed a height restriction of 198m on the structure because of its proximity to the airport, which would have resulted in the demolition of the top 12 floors. The AAI later revised the height limits.

Shroff added, “The structure is complete. Interior work is underway. Deya — the multi-level hanging club spread across 55,000 sq — is ready and scaffolding is being dismantled. The project should be complete in six weeks and the first resident is expected to move in around August.”

‘The 42’ is a part of a new bunch of high-rises populating Kolkata’s skyline over the past decade. They include Urbana at 167m, Forum Atmosphere at 152m and Westin at 150m.

However, 9 out of 10 tallest buildings are in Mumbai. Municipal Corporation of Greater Mumbai has also proposed amendments to its bylaws that would lead to the addition of more high-rise buildings.