This year’s Raksha Bandhan is something 31-year-old Joe Dutta from Kolkata can never forget. It’s the first time in his life he was celebrating it as a man.

Dutta, a transgender man, had been long desiring a sex reassignment surgery (SRS). However, owing to social pressure and lack of support, he was unable to go ahead.

All of that changed early this year when several members of West Bengal’s transgender community came forward to help him through the process.

“I know Dutta from last 10 years. He has always been calling me a ‘Deedi’ (Sister). Even before his SRS surgey, I used to tie Raakhi on his wrist. Since he didn’t have many friends, he always used to hang out with me and my other friends,” gender rights activist Ranjita Sinha, who signed Dutta’s risk bond as a guardian, told InUth over phone from Kolkata.

Sinha, who oversaw and accompanied Dutta all the way from Kolkata to Delhi for his sex change surgery, said her support was essential for him.

“It’s not a usual surgery. SRS surgery involves a lot of emotional and mental counselling and I am happy I was there for him,” Sinha, who’s the member of West Bengal Transgender Board, said.

Born as a woman, Dutta didn’t identify with the gender he was born with. His childhood was full of trauma and isolation following the separation of his parents. Few years ago, Dutta, who works in the state government, lost his mother. 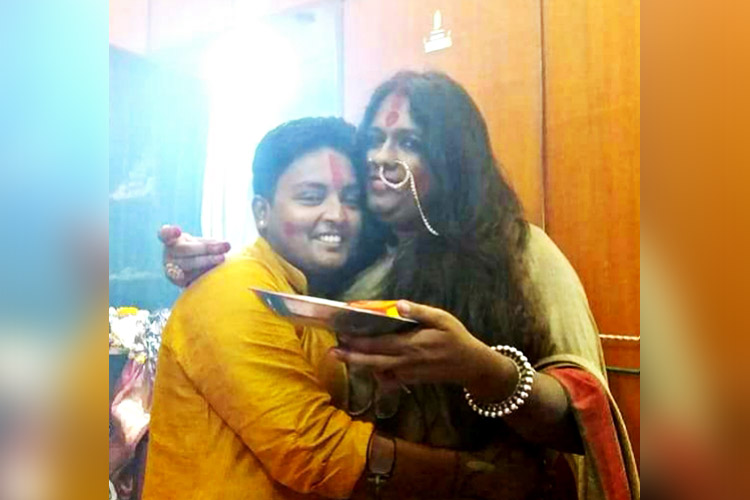 “He literally had no one except us. It takes a lot of courage and we were there to support him at every step,” Sinha added.

According to the TOI report, Dutta,  has undergone first phase – mastectomy (surgical removal of breasts) – of the SRS surgery. Prior to surgery, Dutta has been undergoing hormone therapy for the last four years.

“I was frowned upon and snubbed at for dressing and behaving like a man. If it was not for the support from the [transgender] community, the SRS would not have happened.”

While Dutta is yet to undergo several other surgeries of the SRS process, he’s scheduled to be discharged on August 30, the report added.