On April 18, voters in Tamil Nadu can avail 10% discount on their bill in many restaurants in the state upon showing their inked finger and their voter ID card. The Tamil Nadu Hotels Association (TNHA), which is an umbrella body of over 10,000 hotels across the state, announced the discount to increase voter turnout.

R Srinivasan, the secretary of TNHA, told TNM, “On the date of polling, people can avail this offer after 6 pm in most restaurants across Tamil Nadu. Since voting ends at 6 pm, we have fixed this cutoff. This is just a small and humble contribution to the nation from us.”

In the 2014 Lok Sabha elections, Tamil Nadu recorded a voter turnout of 72.83%. However, the voter turnout in cities, especially Chennai, was lower than that in rural areas. In the three Chennai constituencies, voter turnout was below 65% due to sweltering heat and voter apathy. This year, a district electoral officer suggested that TNHA use different rubber stamps on the bill to increase voter turnout. However, members of the association thought the discount was a better idea to encourage voting. 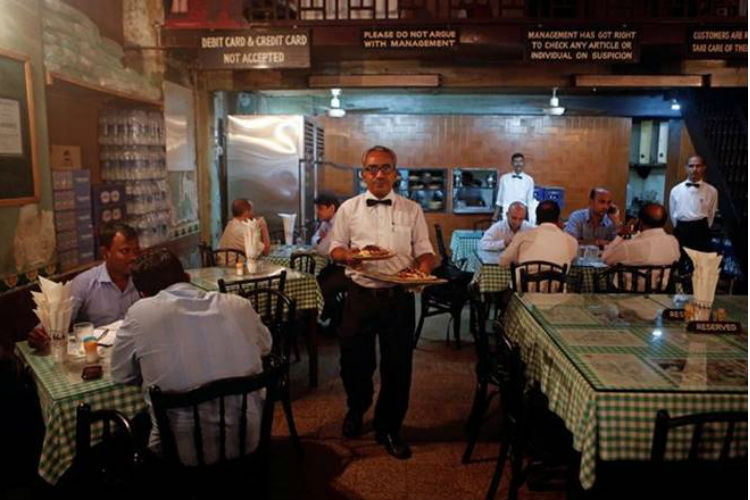 R Rajkumar, the association secretary, told TOI that a circular had been sent to all members.

“Unlike rural pockets, polling percentage in cities is low. This is an effort to spread awareness among the public that their right to vote must be exercised. It is left to the restaurants to take a call on discounts. A notice board will be displayed at restaurants that agree. We will get the total number of restaurants that would provide discounts in a couple of days.”

Tamil Nadu will go to polls in the second phase on April 18, and the discount on food bill can only be availed after polling stations close, ie, after 6pm.

The Election Commission has also undertaken several campaigns to increase voter turnout in urban centres. In Trichy, district election officers have distributed free cloth bags and printed bookmarks with the message to vote printed on them. District election officers in Ramanathapuram flagged off a mobile polling booth earlier this month to create voter awareness.