Nine women who were arrested on Wednesday over sloganeering at a public meeting held by MP chief minister Shivraj Singh Chouhan in Bhopal have alleged that they were harassed and forced to undergo pregnancy test in jail. The women were demanding a relaxation in height criteria in the recently announced police constable recruitment exams, News agency ANI reported.

The women alleged that the state police misbehaved with them and forced them to take pregnancy test in jail.

“They (police) took our pregnancy test. Male constables even peeped inside our changing rooms. We were made to sit with prisoners arrested for murder,” one of the women who was arrested told ANI. 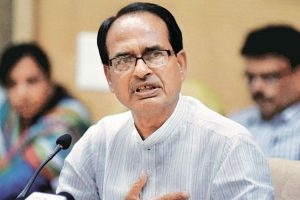 The police had booked them under section 151, which deals with causing disruption in public peace.

Sharing her ordeal, another woman said , “We were treated like criminals. First, police lodged us in a van which drove for three hours in Bhopal. Our mobile phones were taken away. We were not allowed to talk to even our parents. We were taken to jail at night. Once in jail, we were taken into a room where we were asked to go for a simple urine test but we knew it was a pregnancy test. But most discomforting moments were when jail’s male personnel peeped into the room,” as reported by Hindustan Times.

Notedly, all the women had cleared the police constable written test and medical test but were disqualified as they did not meet the minimum height criteria. The women, who were protesting at Yaadgar-e-Shahjehani park for three days, demanded that the chief minister should fulfill the promise he made last year to relax the minimum height criteria of 158 cm for women police constable, News18.com reported.