On September 6, 2018 at 11:00 am, the Supreme Court of India partially struck down the colonial-era law Section 377 and ruled that consensual gay sex between adults in private is legal. A five-bench headed by Chief Justice Dipak Misra said that the law violated the identity of an individual, the right to equality and the right to privacy.

The landmark judgement triggered a wave of celebrations among the LGBTQIA+ (Lesbians, Gays, Bisexuals, Transpersons, Queer, Intersex, Asexual) community across the country. TV channels talked and debated the verdict while social media was abuzz with posts and pictures in celebration.

But when the whole national media stuck its focus on the same for the entire day, our political class conveniently chose to not take part in the debate. There were no reactions from any politician except for Congress MP Shashi Tharoor who has been a vocal supporter of LGBTQ rights. 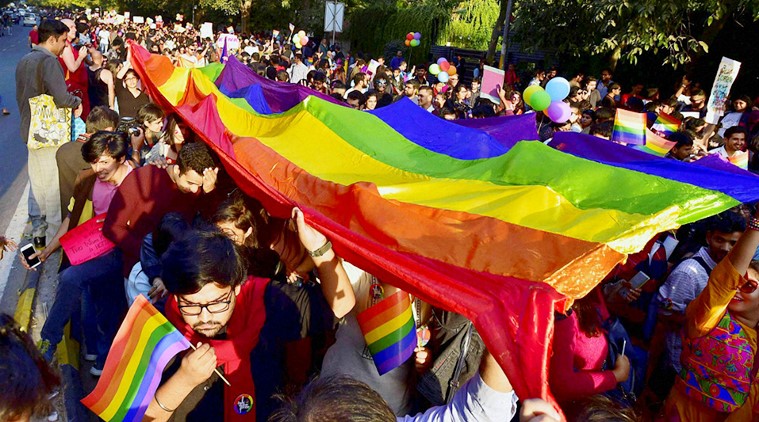 There have been no reactions in the 24 hours after the judgement was passed at 11 am on Thursday. Here’s a look at what they were talking about:

The ruling party has been only tweeting about government’s grand initiatives and policies. It is surprising that no leader even rushed to claim credit for what the apex court ruled. However, BJP’s stand on homosexuality has always been clear as it has never supported same-sex relationships. It was reconfirmed on Thursday after it’s ideological parent Rashtriya Swayamsewak Sangh (RSS) said that homosexuality isn’t a crime but is against nature.

We join the people of India & the LGBTQIA+ community in their victory over prejudice. We welcome the progressive & decisive verdict from the Supreme Court & hope this is the beginning of a more equal & inclusive society. #Section377 pic.twitter.com/Fh65vOn7h9

The chief of the largest Opposition party Rahul Gandhi is currently busy with Kailash Mansarovar Yatra. Probably, that’s the reason why he is unaware of the happenings in the country. However, his party’s official Twitter handle has been posting a series of videos where its leaders are celebrating the verdict. It may appear that Congress is all for LGBT rights but history says otherwise. When UPA was in power, then Home Minister Shivraj Patil and Law Minister HR Bhardwaj didn’t support decriminalisation of homosexuality. Senior Congress leader Ghulam Nabi Azad once said that gay sex is a ‘disease’ and is ‘unnatural’. Hypocrisy much?

Arguably, one of the most powerful ministers who have always held important positions, Arun Jaitley in 2015 had said that the Supreme Court should reconsider its 2013 decision which criminalised gay sex. But since then, he has never voiced his opinion for LGBT rights. An articulate speaker who often comments on issues related to law and judiciary, Jaitley seemed to ignore the historic judgement of Thursday. 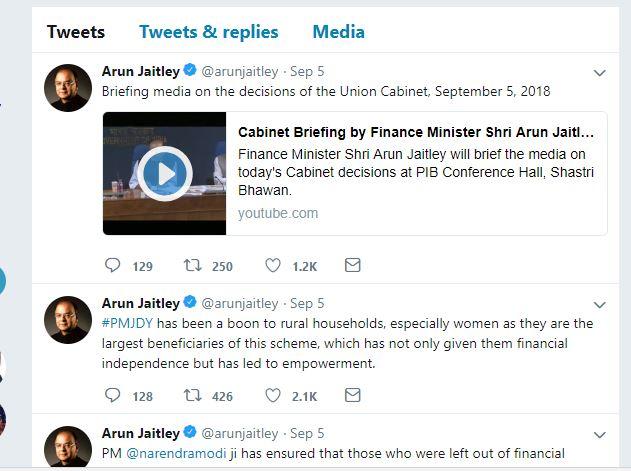 Total no of tweets: 1

The chief minister of Delhi is otherwise very active on Twitter especially when it comes to showcasing his government’s achievements despite allegedly getting no support from the BJP-led Centre. He even makes it a point to tweets film recommendations. But somehow, he had no take on Section 377 verdict. Neither has party taken any stand as it has been tweeting about mohalla clinics, Sanjay Singh’s rally and AAP’s entry into DU elections.

One of the prolific Left leaders in India today, Sitaram Yechury always takes up the cause of the oppression of the marginalised. However, on Thursday, he chose to not have any opinion on those who are discriminated because of their gender and sexual orientation. Although his party CPI(M) welcomed the verdict, Yechury kept mum.