In a landmark verdict, the Supreme Court on Friday legalised “right to die” for terminally ill patients while laying down necessary safeguards for its execution.

A five-judge Constitution bench, headed by Chief Justice of India Dipak Misra recognised ‘living will’, which an individual can draft in advance specifying that they not be put on life support if they slip into an incurable coma in the future.

Stating that human beings have the right to die with dignity, the judges unanimously agreed that a ‘living will’ should be allowed, because an individual should not be allowed to continue suffering in a vegetative state

Senior lawyer Prashant Bhushan, who was the amicus curiae in the case, said until now law entitled the legal guardian or a medical board to decide whether life support should be withdrawn to a terminally ill patient under circumstances. 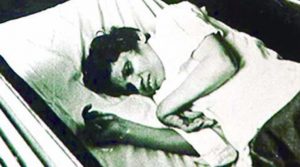 The debate over right to die is not new. Here is a timeline of key judgments pertaining to the issue.

In 2011, Supreme Court legalised “passive euthanasia” under certain circumstances and said that life support could be legally removed for patients who are in permanently vegetative state. Though the apex court rejected the plea for passive euthanasia by stopping the mashed food that she was being fed. Shanbaug was a junior nurse in Karnataka’s Uttara Kannada district. On Nov 27, 1973, Shanbaug was sexually assaulted and choked witha dog chain. The asphyxiation left her in a persistent vegetative state. She finally died in May 2015 due to Pneumonia.

2) K Venkatesh Vs Union of India:

K Venkatesh, a former national chess champion, was suffering from muscular dystrophy, a neurological disorder which degenerates the body’s muscles, heart and lungs. In 2004, his mother Sujata moved Andhra Pradesh high court demanding euthanasia for her son. Venkatesh wanted his life support system be turned off so that he could donate his organs before they were irreparably damaged.The Court, however, rejected the plea on the grounds that removing life support would amount to euthanasia or mercy killing, which is illegal in India.

Also Read: SC Legalises Passive Euthanasia In India. Here Are Other Nations Where It Is Legal

3) State vs Sanjaya Kumar: In 1985, a young boy was acquitted after he attempted suicide. In his judgement, the court observed that the continuance of Sec 309, which penalises a person for attempt to suicide, is an anarchonism unworthy of a human society like ours. 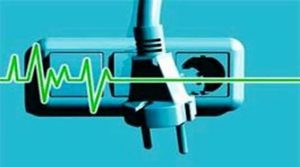 4) M.S Dubal v. State of Maharashtra: Maruti Shripati Dubal, a constable with Bombay Police, suffered head injury in a bike accident in 1981. He gradually became a hallucinating schizophrenic. Fed up of his mental illeness, he tried to immolate himself. Dubal was prosecuted under section 309 of Indian Penal Code, which prescribes penalties for people who unsuccessfully attempt suicide. However, a two judge bench of Bombay High Court, upheld Dubal’s right to kill himself and struck down Section 309.

5) Chenna Jagdishwar vs State of AP: In 1988, the Andhra High Court held that the right to die is not a fundamental right under Article 21 and hence, section 309 as constitutional.

6) P. Rathinam’s Vs Union of India: In 1994, a division bench of Supreme Court judges RM Sahai and BL Hansaria upheld the verdict of Bombay and Delhi High Courts. Section 309 IPC which penalizes attempt to suicide was held to be unconstitutional and violative of Article 21. In P.Rathinam’s case, the scope of life was broadened. It was held that ‘right to life and liberty’ under Article 21 also includes ‘right to die’. The petitioners in the case had assailed the validity of Sec 309 on the grounds it violates Article 21 and Article 14. 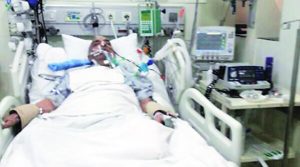 5) Gian Kaur vs. State of Punjab: However, a five judge bench of the apex court struck down its earlier judgement (P. Rathinam Vs Union of India) ruling that right to life guaranteed under Article 21 did not include ‘right to die’ or ‘right to be killed’ and therefore attempt to suicide under sec 309. Gian Kaur and her husband Harbans Singh, were booked under Section 306 for abettment of sucide of their daugter in law. The judges came across an intersting argument from defence counsel “abetting commission of suicide cannot be said to have committed an offence, since he is merely assisting in the enforcement of a fundamental right.” Upholding Kaur’s conviction, the Court held that right to die with human dignity cannot be construed to include the right to terminate its life’ under its ambit.

6) Naresh Marotrao Sakhre vs Union Of India (1996): SC Judge Justice Lodha affirmed that Euthanasia or mercy killing is nothing but homicide whatever the circumstances in which it takes place .

Given the inconsistencies in earlier judgments, the top court’s ruling comes as welcome change. Also, it has to be seen how Centre reacts to the judgement given there is already a draft bill permitting passive euthanasia in the offing. Centre had informed the court about its reservation on “living will” both on grounds of “principle” and “practical” considerations.