Salman Khan was convicted in the 1998 blackbuck poaching case last month. Fans cried buckets and Salman haters threw parties, but the gratification of seeing Bhai behind bars was rather short-lived because Salman was granted bail after 48 hours.

Salman Khan may be a part of long list of stars who have broken the rookhi-sookhi jail rotis (or not, considering the special treatment meted out to celebrities in most cases), but he certainly is not humbler for it. So when Salman was asked a legit question in a presser for his movie Race 3, “Didn’t it (conviction) put pressure on you considering a lot of money was put into the film and what would happen?”. NDTV reported that Salman said, “Did you think I was going in forever?” The poor journalist replied in the negative because who can say “yes” when bhai asks if he’d rather see one of the favourite superstars in jail.

Salman then said, “Thank you! because I was worried.” Wait! Did he just carefully manoeuvre his way out of an astoundingly cocky response!?

Please get over yourself, Salman. The only reason you could get bail is: You are a celebrity, who is literally worshipped by fans, who has shit tons of money to spend on expensive lawyers.

Like this Hindustan Times article points out, Salman Khan was granted bail within three hours of being convicted in the 2002 hit-and-run case because he had an army of lawyers who knew the exact course of action once he was convicted. Secondly, he hired the best and, of course, the most expensive lawyer called Harish Salve. 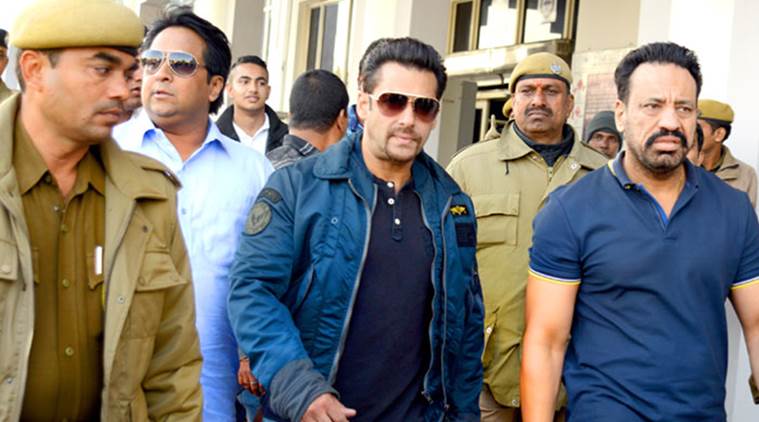 Money and influence are what got Salman out of jail. Something, not a lot of accused have access to. The special public prosecutor of the hit-and-run case, Ujjwal Nikam told the paper, “The celebrity accused is always ready with all the weapons and this is exactly what Salman has done. Salman got the bail on technical grounds. A normal man does not think of such things but that does not mean it cannot happen. How can a common man hire such renowned lawyers at the last moment?” he added.

Precisely! Even if it does occur to the common man to approach the courts, armed with the mechanisms that will help him evade jail time, they don’t have the liberty to avail it, throwing caution to the winds.

The Twitterati swooped in to make sure that Salman was called out on his arrogant comment.

What silence? Salman gave an epic & true answ to you >>> Did you think I was going to go in forever?

When u thk u r going to ask quest to be in headlines, it’s he who makes jokes on you lol

Oh yeah!! In our Country one can get away with anything!!!

This is what the facts are:

There are 84% cases that are pending in the courts and 37.9% undertrials have to spend at least 0 to 3 months in jail before they get bail. About 22.1% spend between 1 to five years.

According to the 2013 NCRB data, there were 3,000 inmates languishing in India’s jails. The prisoners do not get released even after completing their term because they are often unable to afford the penalty. Most of them spend about six months to over 5 years in jail.