The murder mystery of the seven-year-old Pradyuman Thakur from Ryan International School is getting murkier by the minute. After the Central Bureau of Investigation (CBI) made a chilling revelation regarding the arrest of a Class Class XI student on November 8, the agency on Friday, November 9, gave a clean chit to bus conductor Ashok.

“CBI has stated that Ashok did not commit the murder and they are giving him a clean chit. The hearing on bail application will be done on 16th November,” ANI reported Ashok’s lawyer, Mohit Varma as saying.

Apart from this, the Punjab and Haryana High Court also preponed the final hearing of the interim bail plea of three Ryan International Group trustees till November 17. The case was earlier fixed for hearing on December 5.

Ashok Kumar’s lawyer also told ANI that they would file a case against the police and police management as soon as the closure report comes in. He told ANI:

A Gurugram court on Thursday sent the teen to a juvenile home and where he would be questioned by the CBI over the next three days. The agency said the Class XI student allegedly committed the murder to get the scheduled exams and parent-teacher meeting postponed. 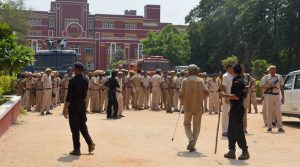 According to the CCTV footage, Pradyuman crawled out of the bathroom after his throat was slit. Forensic experts say his vocal cord was ruptured at the first strike and he couldn’t scream. Pradyuman was seen collapsing next to a wall, his blood pooling around him. The investigating agency also cleared the school bus conductor, Ashok Kumar, who was earlier arrested as a suspect by the Gurugram police.

Here is what happened over the last two months:

September 8: Pradyuman Thakur’s body found in a pool of blood outside the washroom of Ryan International School

September 8: Police arrests Ashok Kumar – the school bus conductor – and claims it has cracked the case.

September 9: Ashok Kumar confesses to the crime says, “I murdered the boy after attempting to sexually assault him.” Ashok Kumar’s wife says he’s being framed. 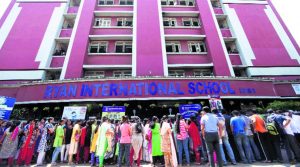 September 10: Thousands come out to protest the murder, police lathi-charge the crowd

September 13: Victim’s father approaches the Bombay HC to oppose the pre-arrest bail pleas of the trustees of Ryan International Group. 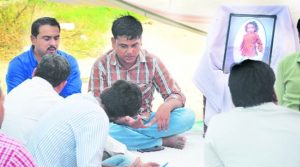 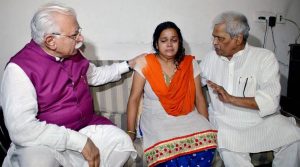 October 5: CBSE files an affidavit in top court saying the murder happened due to the ‘negligence’ of the school’s administration as drivers and conductors were allowed to use washrooms

October 14: The apex court issues notice to the owners of the Ryan International School while hearing Pradhyuman’s father’s plea.

November 1: SC asks the Punjab and Haryana HC to decide in 10 days the anticipatory bail pleas of the trustees.

November 7: In a stunning twist, CBI apprehends a class XI student in connection with the murder case